Inflammatory bowel disease - the illness that dare not speak its name

Some 15,000 Irish people suffer from IBDs, but it remains a silent condition 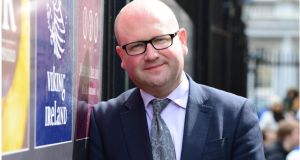 Some 15,000 people in Ireland have the autoimmune condition inflammatory bowel disease (IBD), but by and large it is a s ilent illness.

IBD consists of two main illnesses – ulcerative colitis and Crohn’s disease. The difference between the two is distinguished by where it hits in the digestive tract.

Incidences of IBD are rising at an alarming rate across Europe. A recent conference in Vienna, hosted by the European Crohn’s and Colitis Organisation (ECCO) revealed that diagnosis among children for Crohn’s disease has tripled since 1996.

Currently between 2½ and three million people in Europe are affected by IBD and it can have a debilitating effect on those with the illness.

The reasons for the increase are unknown but doctors suspect it is related to environmental and dietary factors.

Gastroenterologist Prof Colm O’Morain said he believed that the overuse of antibiotics is changing the make-up of the gut.

“There has to be environmental factors. We’ve heard about genetic factors and, yes, it runs a little in families. Families share the same environment so they are exposed to the same things,” he said.

“The gut is such a huge organ. It is as big as a tennis court or football pitch. The gut puts up with a lot of insults from cradle to grave. It is not surprising that something can go out of kilter.

“Personally, I think it is an imbalance of bacteria that live in the gut. Beside diet, antibiotic consumption has gone up. Could antibiotics contribute to the raised incidence of IBDs? Possibly.”

IBDs frequently manifest themselves in the teenage years. The nature of the disease which includes abdominal cramps, the urgent need to go to the toilet and bloody diarrhoea, means sufferers are reluctant to talk about it.

Because of that the public do not feel comfortable speaking about it either and so the illness goes unremarked.

Medication
IBDs can be controlled by steroids and immunosuppressants, but a cure for this, along with many other autoimmune conditions, remains elusive.

Recently Labour TD for Louth Gerald (Ged) Nash brought a delegation from the Irish Society for Colitis and Crohn’s Disease (ISCC) to Leinster House to meet TDs and Senators.

He is determined, as a sufferer of IBD, to raise awareness of the illness. He was first diagnosed with Crohn’s disease when he was 14 during the summer of Italia 90. He had been sick six months prior to diagnosis.

“I had a severe amount of weight loss, haemorrhoids, rectal bleeding and stomach pain to the point where I was effectively confined to a bed for a couple of months,” he recalled.

“I lost three stone in a short period of time. I attended my GP and various consultants for a couple of months.

“One consultant told me it was growing pains and I was not to be worrying my mother. ‘Go home and get on with it,’ he said to me while I was physically deteriorating on a daily basis in front of my parents’ eyes.”

‘Healthy teenager’
Like many teenagers, the disease manifested itself at precisely the wrong time in adolescence. He was playing A league football with Drogheda Boys in the Dublin League and Gaelic football with Newtown Blues in Drogheda.

He went from being a “healthy sporting teenager” who was nearly 6ft and 10 stone to seven stone while looking extremely ill.

“I was a vain, confident teenager. To be hit by Crohn’s disease was very difficult for me. To compound matters, I started losing my hair,” he recalled.

“For the first time in my life I experienced an element of bullying. There would have been an amount of confusion about the nature of the condition and what is involved. Roughly over the period of weeks my health deteriorated to the extent that I wasn’t able to function and I couldn’t play any more.

He spent the next six to seven years after diagnosis being frequently hospitalised, but he managed to get a handle on his symptoms when he started taking different medication in 2000 and has only been hospitalised once since 2001.

He has agreed to speak at the ISCC conference this weekend to help break the taboo around IBDs.

“We have got to get more comfortable with talking about conditions such as Crohn’s and colitis,” he says.

“I find it invaluable talking to other people with IBD about how they manage their own condition as well.

“As a public representative I have a duty to highlight an illness for those who are living with the condition that I have grown up with.

Limitations
“IBD should not define us, it should not limit us in our life choices. I certainly did not allow it limit my opportunities or put any limits on my ambitions.

“It can be life-limiting if you allow it to be, but I’ve come to an increasing understanding of what my limitations can be.”

He says a national clinical programme for IBD is a necessity.

Because IBD is much more common than the public realises, affecting approximately one in 300 people, he believes it is important that public representatives know about it, which is why he brought a delegation to Leinster House.

“There are several hundred people with IBD in every constituency in the country and it is important that they have support of our public representatives,” he said.

Gerard Nash will be speaking at the ISCC open day and agm on Saturday at the Stratocaster Suite in the Gibson Hotel, Point Village, Dublin 1 .