HSE and Housing Agency set out design for a happier life 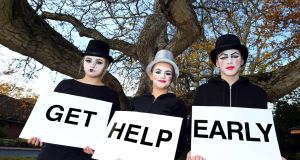 Advances in domestic technology and the use of natural light to improve moods are among unprecedented new home design guidelines for people living with “severe and enduring” mental health conditions.

Dwellings of the future will be designed to maximise quality of life in an era where independent, community-based living is increasingly to the fore of Irish policy.

The Housing Agency and HSE published their Design for Mental Health document yesterday – hailed as the first of its kind in the world – which takes a holistic look at how to improve domestic life.

At its launch in Dublin, Minister of State for Mental Health Helen McEntee said one in four people suffer from some kind of mental health disorder – a reality that affects everyone either directly or indirectly.

The detailed guidelines have emerged from the work of various mental health professionals, together with architects, housing providers, service users and carers, assistive technologists and building project managers.

The aim is to reduce the amount of assistance required by residents to maintain and run their homes.

As well as looking at layout and design, the document examines the benefits of technology and natural light, safety considerations and environmental factors including sound and the importance of garden space.

Research has shown how light, in particular, can impact positively on mental health, stimulating moods and activity levels.

“Our psychological response to light depends on the light’s characteristics, such as colour spectrum, intensity and timing,” the report says.

“Light is well recognised as a therapy in itself. In winter, the reduction in light has an adverse effect on the body and mind. It is imperative to prioritise and integrate natural light into dwellings designed for those vulnerable to mood disorders and other associated mental health issues.”

“When somebody experiences the positive symptoms of schizophrenia – such as auditory hallucinations [or] hearing voices – they may find intrusions by external noises very stressful,” the report says.

“People with schizophrenia may be more strongly affected by poor acoustics and/or high reverberation rates.”

Home technology will also be crucial, allowing home designers to install medication monitors and automatic dispensers, gas and rapid temperature detection technology, flood alarms and sensors that can shut down cookers, and curtains that close automatically in fading light.

The report is a further indication of Ireland’s departure from the historic treatment of those living with mental health conditions.

In the aftermath of psychiatric institutions, it notes, the issue of where people can live “has not been satisfactorily resolved”.

Appropriate housing is considered a key factor in the recovery process.

John Saunders, chief executive of the mental health support organisation Shine, said Ireland had come a long way since efforts over 20 years ago to accommodate people in communities, particularly in affluent areas.

“That’s where you got the most negative response from people who did not want anyone in their back garden,” he said, particularly around shops and schools. “These kinds of attitudes were thrown very much in our face.”