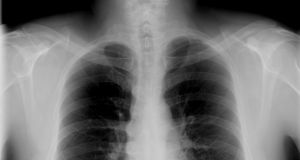 Thousands of X-rays and other scans have been reviewed and hundreds of patients recalled after errors were discovered in the work of three locum radiologists employed by the Health Service Executive.

At least one patient has had a late cancer diagnosis as a result of the mistakes made, and the review is continuing in some hospitals, The Irish Times has learned.

The three locum radiologists, none of whom is working in Ireland anymore, have been reported to the Medical Council. The issues with their work came to the attention of the HSE after medical colleagues raised concerns.

The problems highlight the dangers arising from the heavy reliance on temporary staff to fill vacant posts. The doctors involved will often have moved on before mistakes are spotted, potentially exposing the health service to expensive litigation further down the line.

The worst-affected hospital is Bantry, where 4,388 scans and X-rays examined between May and September 2013 have been reviewed. Fifty patients were recalled and while most did not suffer any adverse outcome, one had a delayed cancer diagnosis.

“The HSE is in contact with all patients requiring recall for follow-up investigations so anyone who has not been contacted by the hospital or their GP has no cause for concern,” a HSE spokeswoman said.

In Cavan Monaghan Hospital, 2,980 examinations performed by a locum radiologist had to be re-examined after concerns were raised. The hospital recalled 62 patients but says none has suffered any “serious” adverse outcomes. At Kerry General, six patients were recalled after the work of another locum radiologist who worked there for a month in 2013 was reviewed. The HSE says no “harm events” occurred.

Because the radiologist who worked in Bantry was also employed for short periods in Drogheda and Connolly, both are carrying out preliminary audits of his work to see if X-rays were correctly assessed.

The same radiologist worked in Wexford and Roscommon, where management says they are satisfied no patient safety concerns were identified.In February it emerged hundreds of patients who underwent colonoscopies at Wexford General were being recalled on foot of concerns raised about the quality of procedures carried out.