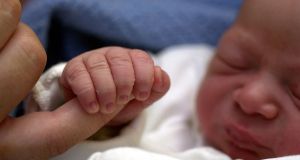 A new company, the National Maternity Hospital at Elm Park, is to be set up to operate the new Holles Street maternity hospital. Photograph: Eric Luke

The planned move of the National Maternity Hospital from Holles Street, Dublin, to the campus of St Vincent’s hospital is to go ahead following resolution of a year-long row between the two institutions. A new company, the National Maternity Hospital at Elm Park, is to be set up to operate the new hospital, under the agreement approved by the boards of the NMH and St Vincent’s.

A planning application for the €150 million development will be lodged in the new year, according to Minister for Health Simon Harris. Mr Harris told a press conference in Government Buildings yesterday evening that he was “thrilled” the project was going ahead.

The company will be 100 per cent owned by St Vincent’s Hospital Group, but will enjoy clinical and operational independence in the provision of maternity, gynaecology, obstetrics and neonatal services, under the deal brokered by mediator Kieran Mulvey. The existing role of master of Holles Street is being retained under the new set-up.

The two hospitals have agreed that a “special golden share” will be created to provide legal protection for the reserved powers held by the company. Under this arrangement, the powers of the company cannot be changed without the prior written approval of all directors and the consent of the Minister for Health. The nominees of the NMH or St Vincent’s will also be able to consult with the Minister on any operational matter about which they feel “aggrieved”.

The row, described as “an unedifying spat” by Mr Harris earlier this year, has delayed the urgently needed move of the NMH from its outdated premises on Holles Street by at least a year. More than €5 million has already been spent.

The dispute was mostly over governance issues, with Holles Street fearing a loss of independence after the move and St Vincent’s insisting on the integration of all activities on its campus. There were also claims, notably by former NMH master Peter Boylan, that St Vincent’s Catholic ethos would affect the ability of the maternity hospital to offer IVF, sterilisation and other services.

The chair of the new entity will be appointed for a three-year term and the first rotation will go to one of the NMH-nominated directors.

Mr Mulvey’s report says St Vincent’s made a “valid point” in seeking overall responsibility for all operations on the Elm Park campus and it was “not unreasonable” for it to have some corporate oversight over all activities.

The agreement provides for a “seamless” provision of care to obstetrics and gynaecology patients by the two hospitals, with no requirement for patients to be transferred from one to the other. This will be supported by “physical interconnectedness” between the new maternity building and the main St Vincent’s clinical building.

Mr Mulvey was engaged last May after the failure of a previous round of mediation, and a draft outline agreement was put forward in July. However, outstanding differences between both sides delayed a final agreement until today.