Hepatitis C drug to be made available 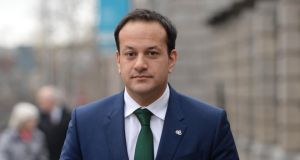 Leo Varadkar: plans to start use of new drug if a price is agreed with its manufacturers.

Minister for Health Leo Varadkar is to make available potentially life-saving treatments for hepatitis C – provided agreement on price can be reached with the manufacturers.

Mr Varadkar said he wanted to see treatments made available for patients with immediate clinical need due to liver failure or other conditions “in a matter of weeks rather than months”.

He plans to bring a memo to Cabinet in the near future proposing that hepatitis C patients most at risk of fatal conditions be given access to the new range of anti-viral drugs, which have been described as “cures” for the disease.

The Minister acknowledged there are more than 100 hepatitis C patients in immediate need. “If they don’t get treatment they are at risk of irreversible liver damage or even death.”

Some of these patients contracted the disease through State-supplied infected blood products.

“We intend to start treatment within the next few weeks subject to a price being agreed with the manufacturers. Those that don’t have actual chronic infection still require support and healthcare services as a result of the health deficit they experience.”

“They also have the added benefit of having relatively few side-effects. They represent a very major therapeutic innovation for the treatment of the disease. They are also very expensive.”

He said he planned to prioritise those who are clinically in greatest need while achieving best value for the taxpayer.

“Certainly I would like to see treatments for that particular group happen very soon, in a matter of weeks rather than months, but that of course is subject to the necessary agreements being put in place and the necessary consents being signed up to.”