GP card plan for long-term illness to be dropped 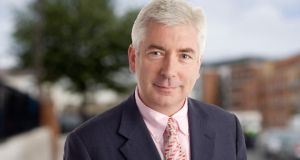 One option being examined by Minister of State for Primary Care, Alex White, would be to phase it in over a number of years by extending the scheme gradually to people in specific age categories.

The Government is set to abandon a key election commitment to extend free GP care to almost 60,000 people with long-term illnesses.

The plan, proposed as a first step on the way to free GP care for all, was supposed to have been introduced by March 2012. However, legal difficulties delayed its introduction and Ministers now accept there is no prospect of its implementation this year.

Instead, the Department of Health is looking at alternative ways of phasing in the government’s proposals for free GP care for all. One option being examined by Minister of State for Primary Care, Alex White, would be to phase it in over a number of years by extending the scheme gradually to people in specific age categories.

Another option being considered is the progressive application of a subsidy over a number of years to offset the cost of a medical card until such time as free care is introduced.

Because of the delay in introducing the first phase, it is looking increasingly unlikely that the broader commitment in the programme for Government to implement free GP care for all will be achieved as promised in the lifetime of the current administration.

Nor is there any indication where the €400 million-€450 million a year needed to fund the plan will come from.

Alarmed at this drift in a key Government commitment, the Cabinet’s health subcommittee recently considered how to get the phased introduction of free GP care back on track. Ministers were told it would take at least another eight to 10 months to introduce the legislation that would allow for the provision of GP cards to people with long-term illnesses.

While this target has been abandoned, Mr White has been instructed to research other options. Sources say the committee favours recasting the promise to ensure sufficient progress is made in the second half of the Government’s term.

“If people see we’re a good way down the road, I think they’ll accept that free GP care is on the way,” said one Minister.

At present, people with specified long-term illnesses get their drugs free but have to pay to see a GP.

Commitment
The programme for Government contains a commitment to introduce free primary care for people with long-term illnesses within the first year.

However, this deadline was missed as was a second deadline to extend the scheme further to people on the High-Tech drugs scheme.

No legislation has been published despite repeated promises that its introduction was imminent.

The plan ran into difficulties in the Attorney General’s office, where the legal advice was that granting medical cards on the basis of medical needs rather than income could be open to challenge.

Because the existing Long Term Illness scheme is regarded as legally frail, the Attorney General advised against using it as the basis for extending the availability of free primary care. The €15 million allocated for this purpose last year was spent on offsetting the HSE’s deficit.

Asked yesterday about its plans, the department said legislation was being drafted for the first phase of free GP care, but its statement made no specific reference to the proposal to provide medical cards for people on long-term illness. “The legislation will be published when it is completed,” it said.