Excess claiming of travel allowances was ‘persistent’ at Sligo hospital 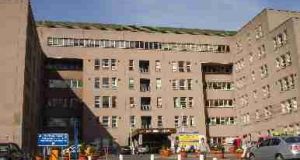 A report has criticised “persistent overclaiming” of travel allowances by staff at Sligo Regional Hospital and recommended a review of the claims made by four employees over a two-year period.

One staff member claimed and was paid for a 448km return journey from Sligo to Galway, a trip of just 272-280km, the report by Health Service Executive internal auditors says. “This error was attributed to human error by the claimant.”

One in three travel and subsistence claims checked involved an overpayment, auditors found.

A full review of travel expenses paid to four staff in 2013 and 2014 should be carried out, the report says. Auditors who checked their claims found all involved overclaiming in respect of three of them, while two-thirds of the claims from the fourth person involved overclaiming.

Twenty per cent of travel claims were certified even though no monetary value was given on the claim forms.

There was no open competitive process for bus or taxi services, the report notes. The agreed 20 per cent discount on metered taxi fares was not applied in one-fifth of cases and dockets were not attached for over one-quarter of trip claims. The hospital, which had income of €104 million in 2014, overspent its budget by €1.7 million, even after it received an additional budget allocation of almost €11 million.

An analysis of payments revealed overpayments by the hospital which resulted in the receipt of credit notes. It overpaid St Joseph’s Private Hospital €23,295 for procedures carried out on 44 patients after they were priced incorrectly. Blackrock Clinic was overpaid by €25,102 after invoices for orthopaedic operations on two patients were submitted twice.

Sligo hospital spent more on external hospitals after its own appointments were cancelled to facilitate an overflow of patients from Letterkenny hospital, which was subject to flooding. The report finds weaknesses in procurement, including a lack of competitive tendering and insufficient verification of prices.

Coronavirus: What we know so far about how Ireland is affected