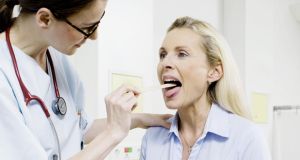 The price of attending a GP varies hugely across the country, with consultations in some clinics costing more than twice what others charge.

The average price for an appointment with a family doctor was just under €50, according to the survey of 650 clinics by whatclinic.com.

In contrast, it cost an average of €53 to see a GP in Dublin, the most expensive county.

Costs in Co Wicklow and Co Kildare were next highest, at more than €52.