CJD hits people over 65 leading to symptoms including dementia 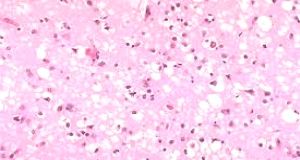 Creutzfeldt Jakob disease (CJD) is fatal degenerative brain disease that occur in humans and some animals.

It is caused by the presence of a protease-resistant protein, also known as prion. These prion proteins collect in the brain giving rise to diseases such as CJD.

CJD is extremely rare with an incidence of between 0.5 and 1 cases per million population per year. The majority of cases occur sporadically rather than infective and are thought to be the result of the spontaneous mutation of naturally occurring prion proteins. These altered prion proteins are highly resistant to inactivation by standard chemical, thermal and other means of inactivating microorganisms.

It is this possible transmission route that has led to the current Beamount investigation. However the possibility of the neurosurgical instrument infecting those being screened is almost negligible.

Naturally occurring CJD mainly affects people over 65 leading to symptoms including dementia and movement abnormalities. The average survival time is five months. There are up to three cases of the disease a year in Ireland.

CJD is a different disease to variant CJD (vCJD). vCJD was first described in 1995; patients with vCJD tend to be younger than those with sporadic CJD and have a slightly longer duration of illness. vCJD patients experience symptoms such as personality change and a difficulty co-ordinating movement.

This form of CJD is linked to bovine spongiform encephalopathy (BSE) in cattle and appears to have arisen through the consumption of BSE-infected animal products. The phenomenon became known as “mad cow disease”