An ambitious plan but will it work? 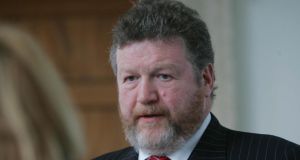 The history of the Irish health service is littered with failed reform plans, especially those that aimed to rationalise our hospital system. With 49 acute hospitals, Ireland is relatively over-provided for in international terms, but previous attempts to reorganise the system foundered on intense grassroots opposition to any attempt to cut a mainstay of the local economy.

Now Minister for Health James Reilly has unveiled his own much-delayed plans to make sense of our hospital services, with the promise that this proposal, unlike the others, won’t gather dust.

In and of themselves, the proposals make sense. The idea is to get hospitals in a particular region working together, rather than competing for resources and fighting “turf wars”. Grouping hospitals provides the opportunity for greater specialisation and greater throughput of patients, thereby improving results. A doctor who performs 200 complex operations a year is likely to be better than one who gets to carry out only 20 operations, and the equipment used is likely to be of a higher standard.

Hospital groups also allow for sharing of services and staff, and that could save money for the hard-pressed health service. Understandably, that wasn’t a point Dr Reilly was keen to emphasise yesterday but there seems little point in undertaking such a fundamental reform if it won’t at least lighten the burden on the taxpayer.

However, the devil of these proposals will be in the detail, and some of this remains to be worked out. It was inevitable that any approach that grouped hospitals along geographical lines would run into difficulties where regions meet, and so this came to pass in the southeast, Donegal and parts of Dublin.

Prof John Higgins, who chaired the review body which drew up the proposals, is to be credited with sticking to his task and working through local difficulties at over 100 meetings over the past year. He seems to have reached a compromise that has assuaged campaigners in Waterford who were concerned at the break-up of hospitals in the southeast, with Waterford Regional Hospital going in with Cork and Kerry hospitals and hospitals in Kilkenny and Wexford teaming up with counterparts in Dublin.


‘Win-win situation’
Dr Reilly presented the plan as a “win-win situation” for patients, staff and hospitals alike, but beware the caveats that he and Prof Higgins issued. While the Minister acknowledged that complex services would be concentrated at particular hospitals to ensure quality outcomes, he claimed that all patients would see a greater range of services locally with “as much work as is safe to do” being offered.

Yet safety was the very reason used by the Minister to justify the closure of Roscommon Hospital’s emergency department two years ago. Bruised by that experience, the Cabinet has been careful to approve proposals that promise that no small hospital will close – even hospitals that were slated for closure in previous reports published in the 1960s. But there is no guarantee that Hiqa or some other agency won’t find reasons in the future to curtail services in a hospital on safety grounds.

There is also the question of Dr Reilly’s track record. From free GP care for people with long-term illnesses to the National Children’s Hospital, this Government is behind schedule on many of its main promises. The pace of reform has been slow and efforts to balance the health budget have so far been in vain.

Only time will tell whether the Minister will deliver in this instance.