Failure by HSE to issue card to child was ‘improperly discriminatory’ 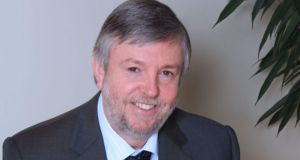 All children with the condition attention deficit hyperactivity disorder (ADHD) will receive a Long Term Illness (LTI) card following a decision by the Ombudsman.

The Ombudsman’s office found a child with ADHD and autism was discriminated against on the basis of geography.

The child’s mother, known as Ms Kelly (not her real name), took a case to the Ombudsman complaining that her son was being discriminated against because he lived in Wexford.

She maintained that, had he lived elsewhere, he would have received a card.

The investigation by the Office found in some areas of the country ADHD qualified as a child’s mental illness and the child receives a Long Term Illness (LTI) card while in other areas medicines have to be paid for.

On foot of the Ombudsman’s recommendations, the HSE directed that ADHD be regarded as a mental illness for the purposes of the scheme and that it be administered nationally. The HSE accepted the recommendation.

The Ombudsman Peter Tyndall ordered the HSE to pay the child’s mother approximately €3,000 to refund the costs that she spent on medicine.

She first complained to the Ombudsman in March 2010 about the refusal of her application for a LTI card for her son. She believed that, had she lived elsewhere in Ireland, her son would have been awarded a LTI card.

In March 2012, as a result of the Ombudsman’s intervention, the HSE issued a LTI card to Ms Kelly for her son which she has used since to obtain prescriptions. However, the HSE refused to reimburse her for the medication she had bought for her son from July 2009 to February 2012.

The Ombudsman held that decision was taken on “irrelevant grounds, erroneous or incomplete information and improperly discriminatory.”

The HSE stopped issuing LTI cards where ADHD and autism spectrum disorder (ASD) were the illnesses because it claimed to be waiting for a Department of Health’s review of the scheme.

But that decision was overturned in October last year and ADHD will be included in the LTI from now on.