Absenteeism rates almost twice those of private sector, with highest rate in Garda 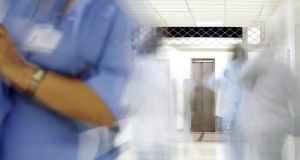 When broken down by cost, the health sector was responsible for the bulk of public sector sick leave in 2012 (€223 million), given the number of employees in the sector.

The cost of sick leave in the public sector is “unsustainable” and is costing the State about €430 million, internal Government documents show.

The rate of sick leave for the estimated 300,000 employees in the public sector is almost twice that of the private sector.

Sick leave rates are highest in the Garda and health services – where between 10 and 12 days are lost per employee annually – but they are almost half that rate in the Defence Forces.

Under plans to revise sick leave, drawn up as part of the State’s EU-IMF bailout, management in the public sector agreed to try to reduce sick leave by €25 million in 2012.

However, internal Department of Pubic Expenditure documents show that, during 2012, sick leave in most areas of the public sector remained broadly the same.

Latest available figures relate to 2012 and a spokesman for Minister for Public Expenditure Brendan Howlin said figures for 2013 are not yet available.

He pointed out that a new scheme has been in place since March of this year. Under these measures, uncertified sick leave in a two-year period has been reduced from 14 to seven days. It is anticipated this will lead to reduced costs.

Overall, an average of 4 per cent of working days in the public sector were lost due to sick leave in 2012.

When broken down by cost, however, health was responsible for the bulk of sick leave (€223 million), given the number of employees in the sector.

It was followed by education (€69 million), the Civil Service (€53 million) and local government (€48 million).