Where in the country are you most likely to pass your driving test? 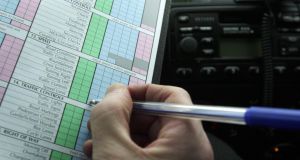 Rathgar in Dublin is the location of the State’s driving centre with the highest failure rate, while Sligo town has the highest success rates.

Some 57.1 per cent of applicants who took the test in Rathgar failed, according to the latest statistics available from the Road Safety Authority (RSA).

The high failure rates contrast with those in Sligo where 72 per cent of all applicants passed and Ennis, Co Clare where 71 per cent passed. Also scoring high for pass rates were Roscommon (68 per cent); Loughrea, Co Galway (65.5 per cent) and Clifden (65.3 per cent).

The figures which relate to 2015 are the most up-to-date available from the RSA. They are available on the authority’s website rsa.ie They appear to confirm the widespread belief that the west is best for passing your driving test.

Analysis undertaken by The Irish Times earlier this year similarly showed it appeared to be more difficult to pass a test in Dublin and on the east coast.

The greater Dublin area consistently recorded the lowest pass rates over the same period. Rathgar’s test applicants were least successful (41.3 per cent pass rate), followed by Raheny (41.9 per cent) and Tallaght (42.6 per cent) and Naas (44.1).

These test outcomes compare with a national average of about 54 per cent between 2010 and 2013.

Younger drivers were more likely to pass the test, figures show, while male motorists had a higher success rate.