The secret to zero-waste? 34 recycling bins

A small town in Japan wants to stop producing rubbish by 2020. And everybody is pitching in 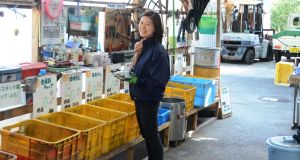 Kamikatsu, a small mountainous town on the Japanese island of Shikoku, has proved so effective at recycling that people visit it to ask for advice on how they can reduce the amount of waste they produce. And so many ecovisitors now come each year that they outnumber the town’s population.

Kamikatsu aims to produce zero waste by 2020. It set itself that target in 2003, after concerns of dioxin poisoning. Its 1,700 residents, as well as its businesses, have been moving steadily toward that goal. In the fiscal year 2014 Kamikatsu recycled 77.2 per cent of its waste, nearly quadruple the Japanese average of 20.6 per cent. That’s why 2,500 or visitors come to the town each year for tips.

Kamikatsu’s recycling project centres on its only rubbish-collection site, Gomi Station (or Garbage Station), which is run by a nonprofit organisation, Zero Waste Academy. Residents take their household waste to the station, which is open from 7.30am to 2pm each day.

Kamikatsu council tells households to separate litter into 34 categories; the garbage station has even more categories: about 60.

With help from staff at the site, Toshihide Toge, a 37-year-old local, takes only about 20 minutes to separate two months of waste he has brought by truck. Burnable waste that cannot be recycled is sent to dealers in Tokushima, the prefectural capital, for incineration. Each household in Kamikatsu disposes of food scraps with a device bought with council subsidies.

Town officials urged residents to sort their rubbish for recycling. In 1997 the town had nine waste-separation categories. The number jumped to 34 in 2002.

The next year the town’s mayor, Kazuichi Kasamatsu, proposed the zero-waste target. In 1998 the town produced 137 tons of waste for incineration. The year the zero-waste goal was announced it produced 62 tons. It has since remained at about 60 tons.

Rather than throw things away, residents look for new owners. Kurukuru, a shop beside the garbage station, offers free second-hand furniture, clothes, tableware and other items brought in by locals.

People from out of town can also take home these goods. About 10 tons of used articles were taken to the shop in 2014, and about 9.7 tons found new owners.

The town also tries to avoid using things that require later disposal. Cafe Polestar, for example, does not provide paper napkins. Receipts are provided only to customers who request them. And restaurant employees use their own shopping bags when they buy ingredients for dishes served at the cafe.

“We were initially reluctant to deviate from services that are taken for granted at other establishments,” says Takuya Matsumoto, the restaurant’s 31-year-old manager. “But we would like our customers to know that is also part of our appeal.”

Akira Sakano, director of the Zero Waste Academy, is ready to move to the next stage. “We don’t want to just separate garbage in a large number of categories: we also want to reduce the amount produced in the first place,” says the 27-year-old.

One way to achieve this, she says, is working with businesses to change packaging. Waste from agricultural supplies can be curbed, for example, if recyclable substances replace vinyl chloride and rubber.

Sakano notes that some outside officials attribute Kamikatsu’s success to its small population, which makes it easier to spread the new approach to the environment.

She recommends that residents swap unwanted goods among themselves and set up waste stations.

“All communities can devise their own zero-waste projects by taking into account their circumstances,” Sakano says. “We are ready to share our knowledge as well as the ways and means.”