Objections put brakes on cycleway from Dublin to Galway 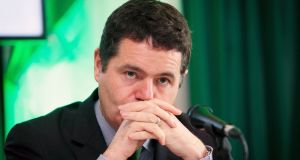 Minister for Transport Paschal Donohoe who has decided to postpone development of the western section of the Galway-Dublin cycle route following objections from landowners. Photograph: Collins

Politicians west of the Shannon have welcomed a decision by Minister for Transport Paschal Donohoe to postpone development of the western section of the Galway-Dublin cycle route, with Fine Gael TD Ciaran Cannon stating the project had been “badly handled”.

Mr Donohoe said he made his decision to pause further development on the Galway and Roscommon section of the 277-km Galway to Dublin greenway, following a report from Transport Infrastructure Ireland (TII) which showed opposition among a majority of landowners.

He said funding would focus on completing the cycle route from Maynooth to Westmeath, “with a view to having that section completed in 2017”. This section is “shovel-ready”, and already has planning permission, he pointed out.

Mr Donohoe said he hoped the pause on the western section would “allow time for all to reflect on the issues raised, and to give consideration to the possibility of developing a new route that works locally and has the support of key landowners”.

However, his party colleague, Galway East TD Ciaran Cannon said it was unfair to blame landowners who had been presented with a final design with no real effort to consult them in advance. 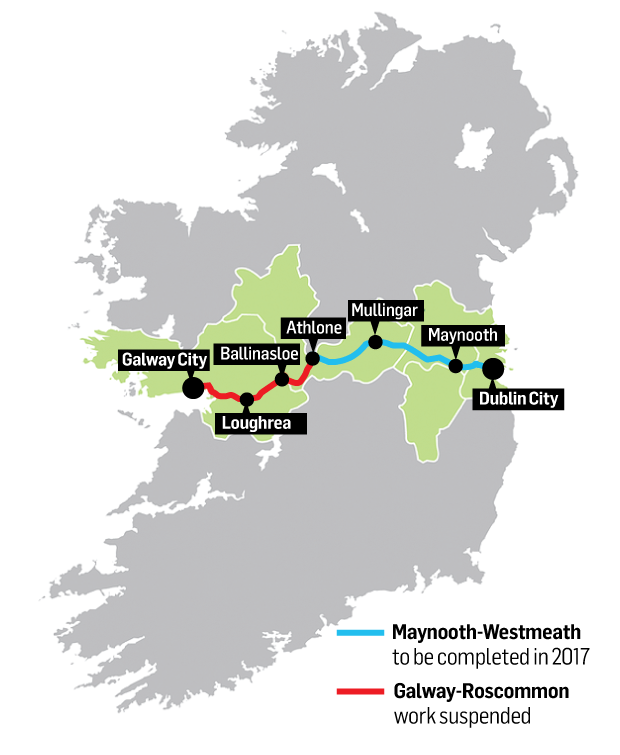 Mr Cannon said that whereas much of the eastern section was through State lands, the policy seemed to have been reversed west of the Shannon with a focus on access to private land.

“We have large tracts of Bord na Móna bog no longer being harvested, substantial Coillte land and Iarnrod Éireann trackway that could have been looked at, and I hope it will be now,” Mr Cannon said.

Independent TD for Roscommon-South Leitrim Michael Fitzmaurice said he fully supported the stance being taken by farmers and landowners.

“There were three alternative routes available for this initiative in the Galway-Roscommon area, mostly on State-owned lands, and they were not availed of for some reason,” he said.

“Tourism initiatives like this one are welcome, but farmers are entitled to object if they think that they will lose land or that their business will be disrupted,” Mr Fitzmaurice said.

“There are also considerations which must be given to animal disease control, security and trespass,” he said, and concerns among farmers applying for planning permission on family farmland close to any cycleway.

“In the case of the already completed cycleway, the majority of the route is along state owned land such as the banks of the Royal Canal and disused railway lines,” he said, and one of the “most renowned” State sites in the midlands, Clonmacnoise, “was not even considered...which is hard to believe”.