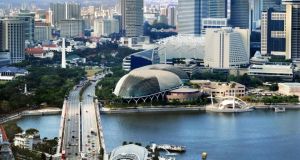 Some years ago, I spent an afternoon in the control room of the Singapore Electronic Road Pricing system with Eddie Lim Sing Loong, engineer, electronic road pricing.

He explained that their system works as follows: you are charged for using the road, and this charge varies depending on the road and the time of day, with the price level designed to give you a smooth and fast journey.

This approach has many advantages: before you set out, you know how long your journey will take, and that traffic will flow smoothly –time and energy are saved, stress and pollution are reduced, and much of the revenue generated is recycled to finance public transport; Singapore has a state of the art mass transit system.

But what impressed me in particular was his description of how much time and effort they put into the planning, design and (especially) testing of the system before they went live. Years were devoted to making sure that it worked, and that consumers would get what they had been promised. This attention to detail and the obsession with getting it right is relevant to the debate about introducing water pricing in Ireland, with charges based on use.

We should not have abolished water charges in 1997, but the system we had then – lump sum payment – was very deficient, because it did nothing to encourage efficient use of water and it rewarded the irresponsible and the feckless. By changing to metering, and paying based on use, we get many benefits:

– Cuts wastage of water by encouraging the identification and repair of leaks.

– Discourages wasteful practices such as running water 24 hours a day in winter to prevent freezing of pipes.

– Provides greater ability to manage shortages, e.g. in periods of drought by using pricing to manage scarcity without cutting off or rationing supply.

– Rewards those who invest money, time and effort to save water and penalises those who don't bother.

– It's fair. Without metering, those who are careful in their management of water are in effect subsidising the feckless.

– It makes paying more acceptable to many of the public.

But deciding what to do, designing, installing and operating meters successfully requires capital, experience, skill and time, assisted by a degree of luck, modesty and humility.

Nobel Prize winner Daniel Kahneman talks about the “planning fallacy” where estimates as to the cost of any major investments, and the time it will take to implement them, are often unrealistic, being based on best case scenarios, rather than on evidence from experience drawn from a range of similar projects.

This tendency is typically driven by “optimistic bias”. He notes that people often take on risky projects because they are overly optimistic about the odds they face – it probably contributes to an explanation of why people litigate, why they start wars, and why they open small businesses.

The implication for Ireland today is that we should take as much time as necessary to get our water metering system right. But this measured approach seems to be inconsistent with the provisions of our fiscal adjustment programme.

The Eighth Review of Ireland's Programme by the IMF states: “The authorities' commitment to the European Commission to introduce metered water charging is expected to raise about €0.5 billion in 2015.”

Trying to meet this revenue target by either imposing a fixed charge per household, or implementing metering before it has been tested and retested, would be a mistake. It would result in a public revolt comparable to that associated with the household charge, and to disillusion. Better to take our time and get it right. And there are more general lessons to be learnt both from our experience and that of others.

We should reform taxes, not abolish them – reform, not abolition, is what the State of California did when they had a taxpayer revolt against property taxes; once taxes are gone, the political costs of re-introducing them are huge.

We should recognise that abolishing one tax means that others must be raised to make up the difference, and this can damage both fairness and economic performance. The abolition of domestic property tax and water charges are not the main reason we went over an economic cliff, but it did deepen the fall. Those that worry that paying water charges will take money out of local economies ignore the fact that if the money is not raised from water charges, it will have to come from somewhere else.

If we can reduce any other taxes, this should be timed to coincide with the introduction of water charges. We missed a trick during the boom, when we could relatively easily have reduced other taxes as a quid pro quo to introducing water charges. We should not repeat the mistake.

We should not ignore the experience of other countries and regions. Henri Smets of the French Water Academy notes that: "In all countries, it is now accepted that water users should pay to a very large extent for the water they use and that the amount of payment be proportionate to water consumption. The Irish model of free water for domestic users was hardly known to the rest of Europe and did not inspire the policy of any country in Western Europe".

When everyone is out of step except our Johnny, we should consider that Johnny may have got it wrong.

Prof Frank J Convery is chairman of the board of the Irish Fiscal Policy Research Centre. He is senior fellow at UCD Earth Institute

At http://www.publicpolicy.ie/themes/water-policy/, you can find a range of short papers we at publicpolicy.ie have put together ; this includes a note on alternative revenue sources if we have to meet the Troika's revenue requirement. And under “External Analysis” papers from others include Henri Smets on how best to meet the needs of those of us who cannot afford to pay.