ESB warns of dangers of swimming in reservoirs

Dangers of deep and fast-flowing waters highlighted as temperatures soar 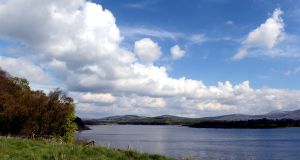 The ESB has warned people keen to cool off in the hot weather of the dangers and “potential serious consequences” of swimming in its reservoirs.

It said there was a risk of uneven ground, deep waters, changing water levels and fast-flowing waters.

The waters include the reservoirs at Poulaphouca and Golden Falls in Wicklow, Leixlip in Kildare, Inniscarra and Carrigadrohid in Cork, the Ardnacrusha headrace and tailrace canal in Co Clare and Assaroe and Lough Nacung in Co Donegal.

Parents appear to have heeded messages about sunburn and the dangers of letting children into the sun without high-protection sun creams.

Temple Street Children’s University Hospital reported it had treated just one child for sunburn between Sunday and Wednesday afternoon.

Separately, gardaí in Dublin said they had no reports of public order incidents on Tuesday as temperatures across Ireland soared to nearly 30 degrees, attracting huge crowds to beaches and coastal areas.

Five teenagers were arrested following an assault on a man at Dollymount Strand in Dublin on Monday. He was taken to Beaumont Hospital where he was treated for minor injuries.