Boiled water notices have been in place for a number of years in Co Roscommon. We speak to some of the 22,000 customers in the county who have to boil water for washing vegetables, brushing teeth and drinking. Video: Bryan O'Brien 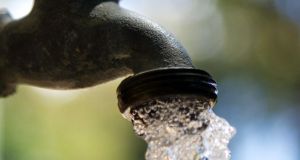 The EPA has highlighted 121 vulnerable drinking water supplies across the State, including an unstable tunnel which supplies 80 million litres a day to south Dublin and north Wicklow. Photograph: Ian Waldie/Bloomberg 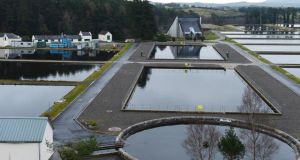 The Vartry Reservoir in Co Wicklow where a 153-year-old tunnel at Callow Hill is a “very vulnerable part” of the water supply system for the capital, according to the Environmental Protection Agency. File photograph: Cyril Byrne/The Irish Times

More than 20,000 people using 20 public water supplies remain affected by boil water notices and some of them have been affected for a number of years, the Environmental Protection Agency (EPA) said.

It highlighted 121 vulnerable drinking water supplies across the State, including an unstable tunnel which supplies 80 million litres a day to south Dublin and north Wicklow.

The Callowhill tunnel at the Vartry reservoir in Co Wicklow is not due to be replaced until 2022, it said in a report on drinking water.

In a commentary on the vulnerable nature of many of the schemes, the EPA’s director of environmental enforcement, Gerard O’Leary, said the situation “masks the specific and serious problems occurring in some supplies and the significant risk of future problems”.

Water schemes on the remedial action list include Cork city, where the agency noted no date has been given for improvements, including an upgrade to the treatment plant and “improvements to chemical dosing”.

In Co Donegal, no date has been given for improvements to schemes in Gortahork-Falcarragh, Letterkenny, Portnoo-Narin and Rathmullen.

In Dublin, no date has been given for covering the reservoir at Ballyboden. Works are under way on the installation of UV treatment at a number of plants which process water for the Dublin region.

The Callowhill tunnel serving Dublin was identified more than seven years ago as being at risk of collapse.

“There is ingress of water” said the EPA’s Darragh Page. “The supply is at risk. We have identified that as a priority,” he said, adding that if the tunnel collapsed “there wouldn’t be a supply”.

In response to a Dáil question in December 2011, then minister for the environment Phil Hogan said he wanted to assure Deputy Simon Harris “an action programme is in place for the Vartry supply, backed by funding from my department”.

Subsequent reports on drinking water quality had estimated the replacement of the tunnel would be complete this year.

The EPA has also published the full 2013 Report on Drinking Water in Ireland.

The agency said it will be pressing local authorities to make greater use of the powers available to them under the drinking water regulations to drive improvements in water quality in the private supply sector.

Investment is needed to improve the supplies where people cannot use their water, the agency concluded.