Robust planning crucial for clear understanding of costs, assets and basis for charges 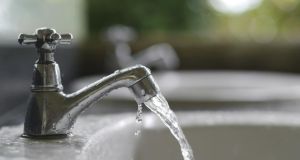 The Dublin Chamber of Commerce has argued that a 10-year price freeze on water charges is essential to allow businesses to properly plan for the future.

Dublin Chamber of Commerce has called on Irish Water to apply a price freeze for non-domestic customers for a period of ten years.

In its submission to the Commissioner for Energy Regulation (CER) on water charges, the Chamber has said that the price freeze in place until the end of 2015 for business users should be extended for a decade.

Its submission has argued such a freeze would allow companies and businesses based in Ireland to plan properly and allow them a degree of stability. It would also serve to lower water costs to businesses, which the Chamber has contended is amongst the most expensive in Europe.

The CER has been selected as the regulator for water prices when Irish Water begins operations. It is initiated a consultation process with interested parties on charging.

The Chamber’s submission is critical of the recent decision by Government to set prices for domestic water users (households) at an average of €240. Its submission has asserted that robust planning is crucial to allow a clear understanding of costs, assets and the basis for charging.

It has stated it was “surprised and confused by the recent Government proposal that prices for domestic users would be set before the cost of providing water to all users had been clearly established.

“Naming prices before a full cost model has been prepared represents poor business planning and does not inspire investor confidence. This is particularly concerning as Irish Water intends to raise investment capital on the bond markets.”

In setting out its argument for a ten-year price freeze, the Chamber has said it would “provide a degree of stability for Irish business. The Exchequer has promised it will continue its subvention of Irish Water until 2016, but there is total uncertainty on the arrangements that will follow. A guaranteed ten- year price freeze for business would be an assurance for companies and investors alike.

“Furthermore, a price-freeze would allow Irish Water sufficient time to achieve its stated aim of engaging extensively with non-domestic customers to establish a fair and equitable enduring tariff framework.

“It must also be reminded that Ireland is the fifth most expensive location out of sixteen benchmarked countries for industrial water costs. The price of water for non-domestic customers in Ireland is already uncompetitive, and must not be raised.”