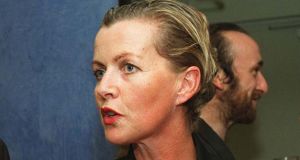 Marie Donnelly: had said in her appeal that she had tried to get an art gallery to take over the Dalkey building

Art collector Marie Donnelly offered to lend 10 paintings from her family’s collection to Dún L aoghaire-Rathdown County Council for public display if she got planning permission to change the use of their “private art gallery” in Dalkey into a house.

But An Bord Pleanála upheld the council’s decision to refuse permission because this change of use would contravene the open-space zoning of the area, where further housing is not permitted in principle or even open for consideration.

In deciding not to accept planning inspector Louise Dockery’s recommendation that permission should be granted, the board “did not concur” that the change of use “could be considered to be of strategic or national importance at this time”.


‘A work of art’
It was argued on behalf of Ms Donnelly, a former chairwoman of the Irish Museum of Modern Art, that the building – designed by London-based minimalist architect Claudio Silvestrin – on a sloping site at Vico Road wa s a “work of art” of worldwide importance.

Constructed in 1999 on foot of a planning permission for an art gallery with an ancillary flat for a caretaker , the building’s glazed fac ade runs to 98m (321ft ). With a floor area of 621 sq m (6,684 sq ft), the building is in what Ms Dockery’s report described as a “beautifully scenic area”.

It described the two-acre site as “densely vegetated” and said the building, with its grass roof, “is barely visible on the landscape when viewed from Vico Road” – an area with “large residences located on large sites, screened . . . by high walls and electronic gates”.

Under the original planning permission, granted in 1995, the gallery was meant to be open to the public at least 60 days a year. But Dalkey c ommunity c ouncil said it was used for only a short time as a galle ry and there were “difficulties in obtaining access”.

Ms Dockery noted that “much of the art had been removed” and the building “would appear to be generally unoccupied, with the exception of one bedroom”. She expressed concern that it could fall into decay or even become derelict without a change of use.

Ms Donnelly told An Bord Pleanála she would be prepared to accept a condition that a collection of 10 paintings would be donated on loan to the c ounty c ouncil’s arts department for public display, to be rotated every 12 months.

Her appeal submission included an assessment of the architectural quality of the building by critic Shane O’Toole, who described it as “one of the greatest architectural spaces in the country . . . unique, not just in Ireland, but worldwide”.

In her report, Ms Dockery said she considered that “the protection and continued use of the structure is in the national interest, in order to avoid it falling into disrepair and possible future dereliction” and recommended the change of use.

The board acknowledged the design quality of the building and associated landscaping, but also noted its “lack of local, regional or national recognition from an architectural or heritage viewpoint” in deciding to refuse permission.