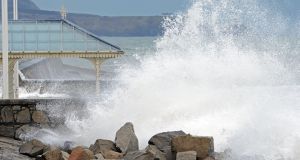 It may be months before a final decision on a planned new cruise berth in Dún Laoghaire is reached, after An Bord Pleanála deferred announcing its ruling on the project.

It had been expected that the planning authority would announce its decision to either grant or deny permission for the development in Dún Laoghaire Harbour by January 8th.

However, a spokesman for the board said an announcement may not be made until after the new target date of April 15th next.

The spokesman confirmed that An Bord Pleanála had not reached a decision on the controversial proposal within the initial 18-week timeframe set by the board.

While the authority may reach a final decision on the project prior to April 15th, this is not guaranteed.

An oral hearing, which spanned almost a month in total, was said to have contributed to the delay.

The publication date of the decision may need to be pushed out further again if the board decides that further deliberation is needed, after its chief inspector’s report for the cruise berth is completed.

The €18 million development, spearheaded by Dún Laoghaire Harbour Company, has proven a divisive issue in the south Dublin area.

The topic has also been debated in the Oireachtas.

The new cruise berth aims to attract super cruise liners, which rarely dock in or near the capital due to the current lack of capacity.

However, opponents of the plans say the venture will have a negative effect on the marine environment, as well as damaging the town’s existing scenery.

In a statement, Dún Laoghaire Harbour Company said it “looks forward to a final decision from An Bord Pleanála” and that the new berth is vital for expanding the cruise tourism industry in Dublin Bay.

The board received more than 150 objections to the plans, with appellants complaining of a “flawed engineering design” for the new structure, among other concerns.