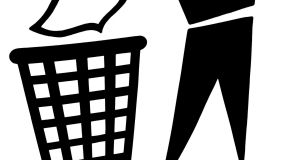 “We have to keep doing something to combat littering and as a result we will be continuing the use of CCTV. We want motorists out there to realise they are being watched.”

Monaghan County Council has hit back at those who fling unwanted coffee cups, sandwich wrappers and even bigger bags of rubbish out of car windows. In an initiative tested over the summer, the council installed CCTV in areas near certain providers of takeaway coffees and breakfast rolls, such as petrol stations and convenience stores.

The resultant video footage showed hundreds of motorists on the main N2 route through the county dropping mineral cans and bottle, wrappers and paper cups out their windows. Fifty were identified and all received fines of €150. Of the 50 motorists fined, 36 were registered in the Republic and 14 were registered in Northern Ireland.

Monaghan County Council environment official Niall O’Connor said fines for the Northern drivers were delivered and pursued through European Parking Collections, a London-based international collection company. He said many motorists believed they could get away with dumping if they had a Northern registration, but in fact they were always pursued for the fines.

In a second move which focuses on the extent of the problem of motorist dumping, the council organised a clean-up of the Castleblayney bypass at a time when the road was closed for maintenance. The 13km road yielded enough litter to fill more than 400 black sacks, including up to 8,000 paper coffee cups. “It showed us we have to keep doing something to combat littering and as a result we will be continuing the use of CCTV,” Mr O’Connor added. “We want motorists out there to realise they are being watched.”