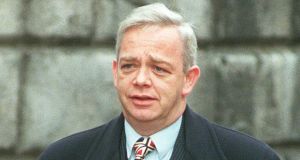 Members of South Dublin County Council’s transport committee have agreed to respect the wishes of Veronica Guerin’s family over the proposed naming of a bridge in her honour.

Controversy had erupted last week after Sinn Féin councillor Jonathan Graham said naming the new Newlands Cross flyover in honour of the murdered journalist would create a “hierarchy of victims”, comments from which senior members of the party later distanced themselves.

At a meeting of the Land Use, Planning and Transportation Committee in South Dublin County Council chambers last night, chairman William Lavelle (FG) said there was “broad agreement” that the council would “fully respect” the wishes of the late reporter’s family not to name the bridge in her honour.

Sunday Independent writer Veronica Guerin was shot dead in 1996 just a few yards from where the bridge stands.

While a renaming of the bridge now appears out of the question, Mr Lavelle said the authority remained in contact with the Guerin family over the re-erection of a plaque which had stood in the vicinity before construction works.

Fine Gael’s Colm Brophy said the “debacle” demonstrated the need to have robust protocols in place for the naming of public infrastructure within the county, such as exists in Dublin City Council.

“The debacle of what happened in the last week or so clearly shows we need to have established protocol whereby we can do this in a dignified way which effectively depoliticises any such proposal,” Mr Brophy said.

Mr Guerin said he did not want to see a “political football” being made of the issue.