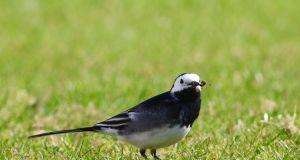 A pied wagtail pictured on the grounds of Áras an Uachtaráin. 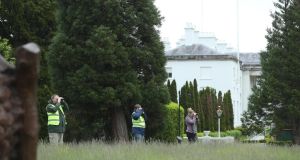 Surveying wildlife at Áras an Uachtaráin. 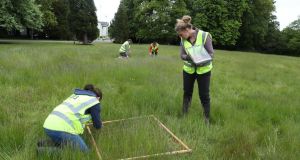 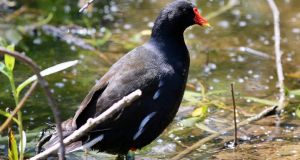 A moorhen living on the grounds of Áras an Uachtaráin. 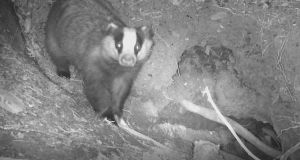 A badger living on the grounds of Áras an Uachtaráin 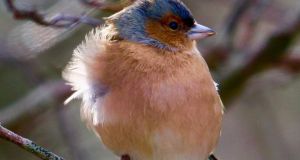 A male chaffinch pictured at Áras an Uachtaráin. 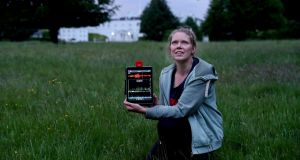 A year-long audit of the biodiversity of Ireland’s Presidential grounds at Áras an Uachtarain, completed by ecologists from Trinity College Dublin, has uncovered some rare and fascinating creatures. Pictured Trinity’s Dr Aoibheann Gaughran, Project Manager. 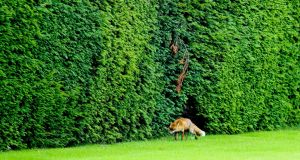 A fox pictured on the grounds at Áras an Uachtaráin during a biodiversity audit.

It may have been home to every president since the foundation of the State but Áras an Uachtaráin is also where 800 different species of plant, animal and fungus live happily together.

A year-long audit completed by ecologists from Trinity College Dublin of biodiversity on the 130-acre site around the house noted a remarkably diverse mix of nature so close to a large city and uncovered some rare and fascinating creatures.

The study was initiated by President Michael D. Higgins in an effort to assess the site and to make recommendations for maintaining and improving its wildlife. Despite a two-month hiatus in sampling due to Covid-19 restrictions in the spring, the team led by Prof Jane Stout found the site in the heart of the Phoenix Park contains 14 distinct habitats.

“From the charismatic black and white badgers that have taken up residence in an old tunnel by the icehouse to the cave spiders that share this dark and seemingly inhospitable site, and from the night-flying macro moths to the day-flying bumble bees, the biodiversity of Áras an Uachtaráin is considerable,” Prof Stout said.

The location may evoke images of “highly-manicured lawns and flower beds”, but 80 per cent of the site is natural, she noted.

Some 300 plant species, nearly 200 species of fungi, more than 50 species of bird, and almost 250 species of invertebrates have been identified and recorded.

Mr Higgins said the report provided an invaluable scientific analysis of the range of habitats and great diversity of species on his doorstep.

It was out of a concern to ensure its protection and future flourishing that he asked the Office of Public Works to commission the audit, he pointed out.

“At a time when our natural world is in such acute danger, with so many of our planet’s fragile ecosystems being destroyed, polluted and plundered, it provides not only a valuable overview of what already exists, but also it comes with a welcome set of recommendations of how, with small but targeted interventions,” he added.

Thanking the researchers and the OPW, he wished to renew his “call to us all to pursue not only practical solutions but also the much-needed systemic change that is so urgently required if we are to protect our vulnerable planet”.

“We need action now, not only to protect plant and animal health, but to safeguard the natural world without which no human life is possible,” Mr Higgins said.

Project manager Dr Aoibheann Gaughran of TCD underlined the potential to enhance biodiversity at Áras an Uachtaráin by improving and restoring species-rich grasslands to creating habitat for insects, pollinators, birds and mammals to nest in – and possibly establishing new wetland habitats.

“It is an incredible opportunity to showcase how a landscape that was created and managed by people for people, can also be one where nature, in all its forms, really thrives.”