Another Life: Lynx on the loose? That’ll add a frisson to a forest ramble

A project to reintroduce the wild cat to Britain has won support from a public largely out of touch with farming realities. What might happen in Ireland? 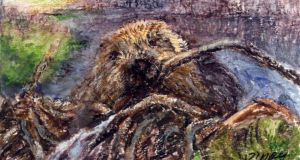 The great inventory of fossil bones unearthed in Irish caves summons up the ancient mammal history of the island. Exploring the rubble of limestone caves in Co Clare by lanternlight just over a century ago, for example, the naturalist Richard Ussher sent 70,000 bones to the National Museum of Ireland. Among them were reindeer, wolf, bear, mammoth, giant deer, arctic lemmings and foxes, and the spotted hyena, whose ancestors had roamed up from Africa.

Sorting the age and historical sequence of these and many other cave bones had to wait for the Irish Quaternary Fauna Project of the 1990s, led by Prof Peter Woodman of University College Cork. Among the bones was a single femur of a lynx, from Kilgreany Cave, in Co Waterford, that lived about 9,000 years ago. This was when the first hunter-gatherers arrived in an Ireland that then held bears, wolves and wild boar, all later hunted to extinction.

The long-legged, tufty-eared, elusive Eurasian lynx, a solitary feline carnivore, had arrived in Britain postglacially, along with roe deer as its principal prey. The last one disappeared from the UK about 700 AD. Did the lynx make its own way to Ireland or did a dried leg of meat arrive with a Mesolithic voyager? Either way, there’s little further mention of the cat in the history of Irish mammals.

Now that it has joined the beaver in “rewilding” initiatives in Britain, there are, inevitably, voices to wonder if bringing the predatory lynx to Ireland might help control this island’s proliferating deer. The broadcaster Joe Duffy suggested it on RTÉ, in talking to a Wicklow farmer whose pastures are invaded at first light by “50 or 60” Sika deer from the forest. The farmer seemed persuaded to learn that Germany, like many other countries in Europe where scarce native lynx are conserved, offers compensation for any random farm livestock they happen to kill. Duffy was, perhaps, unaware of a recent Norwegian finding that where lynx start running out of roe deer their predation on free-roaming sheep has risen sharply, the males, in particular, going in for “disproportionate” multiple killing. This was offered as relevant to the fixing of compensation.

In the UK the Lynx Trust (lynxuk.org) has been surveying forest locations for trial reintroduction, reassuring communities of the closest management and scientific monitoring. The cats’ presence, the trust urges, presents no threat to humans and only “exceptionally rare” predation on farm animals. Its reintroduction would “return a vital natural function to our ecology” while helping to control forest deer, rats and rabbits.

The project has won almost unanimous support from a British public largely out of touch with farming realities. It offers the promise of boosting ecotourism in remote rural areas. Given the lynx’s secretive way of life in dark, dense conifer forest, the last inducement can seem something of a con, if possibly adding a certain frisson to a ramble through Coillte’s plantations.

Having long ago lost the wolf, could Ireland use the lynx as a natural control on rising and damaging deer numbers? The medium-sized cat would cull the calves of the Sika and fallow deer, and even, perhaps, those of introduced red deer now roaming in the west. Roe deer did not reach Ireland historically, although there are rumours of a recent covert introduction, matching that of the now “invasive” little muntjac, another lynx-sized prey.

The lynx option will no doubt be discussed at the Irish Deer Management Forum of “stakeholders”, proposed in a new plan prepared for the Forest Service and the National Parks and Wildlife Service. The NPWS would, of course, be concerned with other effects on wildlife, such as the lynx’s ready appetite for hares and ground-dwelling birds.

Meanwhile, there has been new Irish support for the idea of bringing in beavers, already reintroduced from Norway to two rivers in Scotland, at Knapdale and Tayside. The beaver was never in Ireland, but Nicholas Grubb, who owns the Dromana fishery on the River Blackwater in Co Waterford, thinks that the animal’s river engineering could help save Ireland’s wild salmon and trout from decline.

For example, the beaver’s felling of overhanging trees and shrubs to build its dams, would, he holds, open up to beneficial sunlight the small streams needed for spawning areas and raise earlier, stronger salmon smolts more likely to survive at sea. The beaver’s creation of new ponds and wetlands certainly enriches local aquatic life, but would it really help salmon?

Among research into the beaver reintroductions in Britain has been a study of the effects on salmonids. This accepts some of the fears of fishery interests that, unless closely managed, the beavers’ dams in fact obstruct the passage of salmon upstream. “There appears to be a risk,” it concludes, “particularly to those salmon that return in spring, rear in upper tributaries and have been subject to the steepest declines in populations over recent decades.”