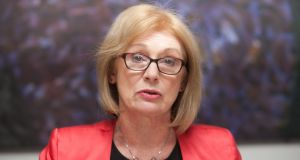 University College Dublin has announced plans for recruitment and alumni offices in China, India, Malaysia and the US as it joins other Irish universities in trying to boost international student numbers.

The UCD office in Beijing will be located in the same premises used by the Irish Embassy and Enterprise Ireland.

Minister for Education Jan O’Sullivan announced the details today on a visit the city with representatives of the seven Irish universities who are attending the two-day China Education Expo.

Welcoming UCD’s internationalisation plans, the Minister said: “By setting up global centres, UCD will extend its activities beyond student recruitment. Their purpose is to provide a focal point for education, for alumni and diaspora community, for research and academic collaboration, for trade and intercultural exchange.”

Ms O’Sullivan also signed a memorandum of agreement with the Chinese government on the construction of UCD’s new Confucius Institute. Each state is putting €3 million into the capital investment with a balance of €1.4 million coming from UCD.

Waterford IT, University of Limerick and Dublin City University are also singing partnership agreements with Chinese institutions this week.

Among those travelling on the trade mission are three university presidents – Dr Jim Browne of NUIG, Prof Philip Nolan of Maynooth University and Prof Andrew Deeks of UCD – as well as Diarmuid Hegarty, president of Griffith College; and Michael McGrail from the Royal College Surgeons in Ireland.

UCD has deeper links with China than any other Irish university at present. Some 10 per cent of its 6,000 international students in Dublin are Chinese, and 90 of these are PhD students funded through the China Scholarship Council. The college also has a partnership with Beijing University of Technology on what is called the Beijing Dublin International College. It opened in 2012 and has 500 students studying for degrees in finance, computers and engineering.

UCD estimates that it has 1,000 alumni in China with over 100 based in Beijing.

It has a further 2,000 alumni in Hong Kong and 6,500 in Singapore, where it has offered degree programmes for several years.