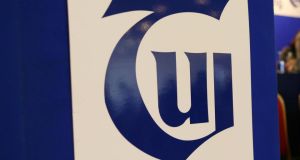 The TUI has said the Lansdowne Road agreement on public service pay restoration, which its members overwhelmingly rejected earlier this week, “failed to address critical issues that are swamping the education system”.

The Teachers’ Union of Ireland (TUI) is to ballot its members at second and third level for strike action as part of a campaign against “discriminatory” pay rates, limited working hours and insecure employment for teachers.

Any industrial action or strikes would be unlikely , however, until after the union’s new drive aimed at highlighting these issues has exhausted other avenues such lobbying and protests.

The TUI said the Lansdowne Road agreement on public service pay restoration, which its members overwhelmingly rejected earlier this week, “failed to address critical issues that are swamping the education system”.

In a statement issued after a meeting of its executive committee on Friday, the TUI said it had been a party to the (earlier) Haddington Road agreement.

It said its members were meeting their commitments, and it expected the Government to honour its obligations in this regard.

The Haddington Road agreement on public service pay and productivity expires next summer.

However, the Government and many unions consider the Lansdowne Road accord to be, in effect, a two-year extension of this earlier deal, running up to September 2018.

TUI president Gerry Quinn said it was too early to say whether TUI members would continue to implement work practice reforms and productivity measures - such as an additional 33 hours per year, introduced as part of the earlier agreements with the Government - after the Haddington Road deal expired.

Mr Quinn told The Irish Times the union’s position remained that it would not be bound by the decision of the broader public service trade union movement to ratify the Lansdowne Road agreement.

Teachers will receive the same levels of pay restoration as other groups in the public service under the Lansdowne Road agreement - about €2,000 in three phases by the end of 2017 - despite the decisions of the TUI and ASTI members to reject the deal.

However, legislation published last week by the Government could allow it to withhold about €1,600 for supervision and substitution duties which is due to be paid in two tranches, starting from next September.

The new legislation could also permit the Government not to pay incremental pay rises - which could amount to €2,000 in some cases - to members of a union considered to have repudiated the agreement negotiated last May.

The TUI said on Friday that the punitive measures contained in the new Financial Emergency Measures in the Public Interest (FEMPI) Bill were “unfair, heavy-handed and hugely disproportionate in reacting to the specific concerns of educationalists”.

“Key to these is the atrocious plight of young teachers and lecturers who are paid from a lower pay scale and in many cases struggle in poverty as a result of low hours and insecure employment.

“Up to one third of TUI members at second level - and up to half of those under 35 - are in temporary/part time employment, with many experiencing income poverty as a result.

“To compound this inequality, new entrants to the profession since 2012 have been placed on discriminatory, differentiated pay scales.

“To continue to attract the best graduates to the profession, and to allow young teachers and lecturers to develop sustainable careers, we need to urgently return to a position where all appointments are on a permanent and full-time basis, as is the case in other areas of the public service.

“Additional measures are required to address this dire situation for the thousands of teachers currently affected.”

Mr Quinn said that at third level, where the TUI represents members in Institutes of Technology, there had been a 34 per cent decrease in funding since 2008.

“Lecturer numbers have fallen drastically by 10 per cent at a time when student numbers have risen by 20 per cent . This has resulted in a significantly damaged service for students who have gone through the system in recent years.

“At second level, teachers are frustrated and disillusioned by the increasing bureaucratic and administrative workload that deflects them away from teaching and learning.”

The TUI said its executive committee had at its meeting on Friday “committed itself to a campaign of action to address such issues in the coming weeks and months”.

“As part of this it was agreed in principle to have appropriate ballots for industrial action, up to and including strike action.

“Such industrial action would be used if no progress was otherwise made on our grievances.”