‘We believe every student entitled to fair, impartial and transparent State certificate’ 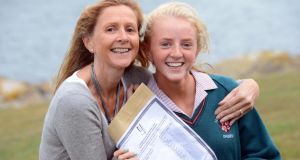 The president of Ireland’s main second level teachers’ union says she is ‘deeply concerned’ about the decision by the Minister for Education to abolish the Junior Cert.

In a message of congratulations to Junior Cert students, ASTI president Sally Maguire criticised plans by Minister Ruairi Quinn which mean that from 2014 students, will no longer sit the exam.

“Under the Minister’s proposals, young people who spend five or six years participating in second-level education will not experience State certificate examinations until they reach Leaving Certificate”, Ms Maguire said. She said the Junior Cert exam was invaluable Leaving Cert preparation and enabled students, parents and teachers to gauge aptitude prior to making choices about the Leaving Cert.

Ms Maguire also expressed concerns about the legitimacy of the school-administered exams, graded by students’ own teachers, set to replace the State exam.

This year’s Junior Cert results will be one of the last under the current model, in place since 1991. The reforms announced by Minister Quinn in October, 2012 will be introduced on a phased basis from 2014. The new English curriculum will be the first to be introduced to first years in 2014, followed by Irish, science and business studies for first years in 2015.

Under the reforms, the Junior Cert exam will be replaced by school-based assessment, with an emphasis on the quality of the students’ learning experience.

The Irish Second-Level Student’s Union (ISSU) said it was happy with the steady increases in the number of Junior Cert students taking higher level maths. Some 30,500 students took maths at higher level, an increase of 2,587 on 2012. The numbers getting a grade A,B or C dropped 0.9 per cent. The numbers taking ordinary level maths dropped back 1,257 to 24,687.

The body, which represents second-level students, appealed to students “to be responsible and mindful to others in their celebrations.”