Tackling stats – I may know my way around the world but ...

Fionn Davenport is a travel writer, so Leaving Cert geography should be a doddle, right? 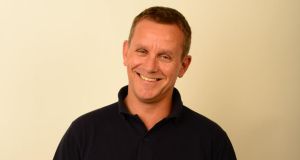 I picked question 11, the statistical interpretation question on the higher-level geography paper, because the terms are all recognisable to the layperson and the maths needed to find the answers is straightforward.

The paper gave me eight minutes to answer all three questions, and I did it in about five; but as soon as I had done it, I went back over the answers, second-guessing myself as to whether they were correct or not.

I quickly dismissed trying the questions that required specialist knowledge that would have been learnt over the course of the school year – nearly 30 years after doing my Leaving Cert I really haven’t a clue about geological and meteorological terminology.

Glaciation, moraine lakes, drumlins . . . I remember learning what they were, but have long since forgotten them. All I know now is that they are the result of ice sheet movements during the last Ice Age, but even as I write that I’m not entirely sure.

Initially, I thought I’d have a go at one of the questions in part 2 and scanned those sections I’d have a natural interest in – political geography, population dynamics etc. And then I realised that I wouldn’t be able to answer the questions even halfway satisfactorily.

I can’t account for the growth and distribution of population in a continental/subcontinental region (not in Europe) that I have studied; I have no idea of any of the actual benefits of a trade surplus (other than to think that it’s better for a country to be a net producer rather than a net consumer.

And while part one of the paper is useful to wannabe geologists, meteorologists and future hikers, I thought part two was the more interesting to me as it was all about social geography. It makes me want to study geography all over again and reminds me that it’s not enough to recognise country’s flags and their capitals.