So what is the value of that expensive MBA? 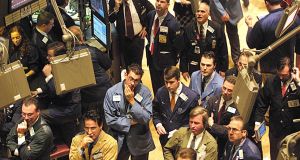 Ever wondered what university business schools do? It seems many academics and business leaders wonder the same. Harvard business school professor (and Harvard college dean from July 2014) Rakesh Khurana suggests business schools “face a crisis of irrelevance”. He says there is a growing lack of clarity as to “what an MBA consists of anymore”. Many people spend a fortune purchasing the MBA credential, but in the process they “don’t really learn a lot”.

The late Prof Sumantra Ghoshal of the London Business School was more forthright, saying university business schools have espoused “bad” theories that strike at the heart of the on-going financial crisis. Executives from Enron to Lehman Brothers’ were all MBA trained.

The crisis of irrelevance and “bad theory” has more to do with narrow training than academic uselessness. It is not hard to see why the world finds the obscurity of philosophical abstraction pointless. Studying things like post-structural interpretations of 18th-century poetry as a form of accountancy management is, to be sure, off the wall. But that sort of abstraction is rare. Much more serious is the opposite end of the spectrum – the narrow training rather than research-led scholarship.

The typical business student rarely gets to grips with things like the working conditions for workers living in factory dormitories to make our smartphones. Or that the quest for a modern, agile enterprise can mean shifting risk from owner to customer, or even onto the general public. If corporate responsibility is taught at all on a commerce degree, it’s usually just a minor or elective module. Even then, fundamental issues rarely re-surface across curricula.

Far too many business degree modules lack intellectual anchor points in robust social science. Many business-school missions seek to churn-out boardroom-ready graduates who will be “future leaders”. These are not neutral slogans but underwrite a political ideology of market populism. There is a discourse across business education that we all exist in an economy, rather than the more affable idea of contributing to a community or society. University education should be the start of a person’s journey in adulthood promoting understanding and civic engagement; not prescriptive how to be a fully-fledged and suited CEO.

There is no evidence whatsoever to prove a business degree will make someone a good leader or manager. If you are sick you want to be seen by a competent doctor who studied medicine. If I travel over a bridge I want it designed by an engineer who knows how it will withstand traffic weight and volume. But not many people care or even ask if their boss has an MBA or a business degree. That’s because there is no causal or universal truth to prove better managers are business school educated. Given the scale of corporate scandals and lack of public sector management accountability, perhaps the opposite has emerged from business school learning.

In Ireland, it can be difficult to distinguish the university commerce degree from a business studies programme at an institute of technology. One would assume a university education is, or should be, different, with research-led teaching and evidence-based scholarship.

Ironically, these intellectual anchor points were pushed by the likes of the Carnegie and Ford Foundations in the 1950s to advance understanding and scholarship, not simplified training. The same message can be heard among industry leaders today. Tony Donoghue, head of education, social and innovation policy at employers’ group Ibec, has argued university education should “cultivate the intellect rather than provide narrow workplace skills”. Companies themselves are often better equipped to train in business skills. And some of the better-ranked university business schools around the globe advocate social science scholarship over a narrow business skill-set (see panel, An intellectual core, right).

of business to liberate the mind that can then inform public policy, rather than feel obligated to somehow exist for vested commercial interests. Very few business schools educate in non-profit management or NGO and civic society engagement or activism. According to Ibec, employers look for graduates with “analytical reasoning, intellectual rigour and ethical practice”. Survey evidence from America shows many large corporations actively recruit trainees not from commerce or business, but from the arts, history, sciences or politics, because these graduates show deeper cognitive insight (see panel, A quality degree, right).

Some of the pressures university business schools face are leading to an obsession with accreditation by the likes of the Association of MBAs (AMBA) or the Association to Advance Collegiate Schools of Business (AACSB). Such badges of quality are important competitive attributes, yet there is an element of sameness in their hegemony. Most are based on a single template of what a good business school should look like. Even business schools that are not formally accredited are on pathways to arrive at the same destination.

The dean of one international school feels their role has become that of a middle-ranked office manager reporting imposed key performance indicators to a distant HQ, instead of a professor chairing a department in a given scholarly direction.

University business schools can be vibrant centres of intellectual excellence. But most need to do better than prop up more of the same neo-liberal market populism.

All undergraduate degrees probably relate to no more than four cognate spaces: liberal arts and social science; natural and physical sciences; health and medicine; and engineering. Business schools would better equip society by ensuring graduates can understand and engage with important societal and civic issues.

Universities are by definition centres of human talent and do not operate at their best when subject to a command and control or technocratic model of management. A more focussed intellectual undergraduate core around liberal arts and social science would enable a level of quality that supports professionalisation in areas such as law, management, business or architecture at post-graduate level.