O’Sullivan signals philosophy to be taught in schools 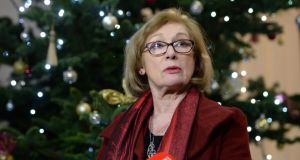 Jan O’Sullivan: believes philosophy will make “a significant contribution to giving students the tools to critically engage in an informed manner with the world around them”. Photograph: Eric Luke/The Irish Times

Philosophy is set to become a subject on the school curriculum for the first time under a plan formulated by Minister for Education Jan O’Sullivan to extend reform of the junior cycle.

The Minister says she will ask the National Council for Curriculum and Assessment (NCCA) in the new year to develop a short course on Philosophy that can be taught between the first and third years of secondary school.

The Minister says she wants “to give students an opportunity to explore the concepts and ideas of philosophy in the 21st century”.

She believes study of the discipline will make “a significant contribution to giving students the tools to critically engage in an informed manner with the world around them”, noted a statement from her department.

The NCCA will be asked to develop the course in conjunction with stakeholders, including the Royal Irish Academy, which published a research paper in 2011 recommending Philosophy be made a Leaving Cert subject.

The NCCA has already developed nine short courses on subjects ranging from Coding to Physical Education for the new junior cycle. The 100-hour courses were due to begin last September but teacher unions halted their introduction as part of a dispute over changes to the marking system.

From 2017, the certificate is due to be replaced with Junior Cycle Student Award, for which pupils can combine existing exam subjects with up to four short courses.

The two teacher unions representing secondary teachers, the ASTI and TUI, are to hold a second day of strike action on January 22nd over the planned roll-out of school-based assessment as part of the reform. The unions say they are not opposed to the introduction of short courses as part of an agreed package.

Philosophy has long been part of the school curriculum in many European countries, and last year President Michael D Higgins joined calls for it to be extended here.

A further curriculum reform planned by Ms O’Sullivan is the roll-out of a new course in Politics and Society in the senior cycle.

She has asked the NCCA to explore the feasibility of introducing the long-promised subject on a gradual basis. This would begin with a small number of schools in September 2016 and progressively include all schools over the following years as teacher capacity to deliver the new subject is developed.

The ASTI has supported the subject’s introduction but has criticised what it perceives as a downgrading of Civic, Social and Political Education (CSPE) in the junior cycle. This is being converted from an exam subject to a short course under the reform.