Announcement comes amid Brexit uncertainty among 10,000 Irish students in UK 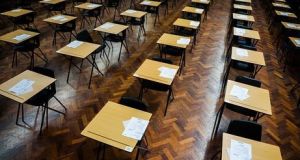 Irish students applying for colleges in England or Wales next year will not face a rise in fees.

More than 10,000 Irish students study in UK colleges and universities.

There have been concerns that uncertainty over Brexit could lead to Irish and EU students facing much higher international student fees from next year.

However, UK authorities have confirmed EU students applying for entrance into an English higher education institution for the 2017-2018 academic year will pay the same tuition fees as UK student

They will also continue to be eligible for student loans and grants during their degree course. This means EU students will be able to access the same funding they are entitled to now.

Officials said the arrangement will be valid even if the United Kingdom exits the EU during the course period.

The Welsh government has also confirmed EU students applying for entry at Welsh universities in 2017-2018 will be eligible for current levels of loans and grants.

Rolf Tarrach, president of the European University Association, said it was reassuring news for both universities and students.

“The announcement gives the higher education sector much-needed clarity and has shown that the government acknowledges the value of EU students,” he said.

“We hope that this points to an understanding that we need to preserve student mobility between the UK and the rest of Europe. ”

The association has called on authorities in Scotland and Northern Ireland to issue similar reassurances.

It also wants a commitment to ensure students, from Europe and beyond are able to continue to study in the United Kingdom without unnecessary bureaucracy once the UK formally leaves the EU.