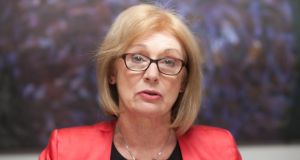 Minister for Education Jan O’ Sullivan: has told Waterford IT and IT Carlow to resume talks as a merger was necessary if they wished to be designated a technological university for the southeast. Photograph: Gareth Chaney/Collins

Lecturers at institutes of technology are urging the Government to rethink its insistence on college mergers before they can gain university status.

The Teachers’ Union of Ireland (TUI), which represents 4,000 lecturers and researchers in institutes of technology, said it remained “unconvinced” by the rationale behind the merger plan.

It was commenting after Waterford IT’s shock decision last week to withdraw from negotiations on a merger with IT Carlow.

Minister for Education Jan O’Sullivan has told the two institutions to resume talks as a merger was necessary if they wished to be designated a technological university for the southeast.

Half of lecturers polled by the TUI earlier this year said they were opposed to mergers and wanted their institute to remain standalone.

TUI general secretary John MacGabhann said, following a meeting with union representatives at the two institutes in the stalled southeast bid, “the union has formally lodged a grievance with the Labour Relations Commission relating to a lack of consultation with members from both institutes.

“Union representatives from both institutes support the realisation of a technological university for the region. However, they will insist on retention of the current robust academic criteria and will also insist that merger activities should be suspended and adequate time and space should be provided to allow for appropriate academic engagement and analysis.”

The TUI said it was not opposed to the concept of technological universities but “we remain deeply sceptical about the requirement that institutes of technology must merge before they can apply for technological university status. We believe that this requirement to merge is more related to rationalisation of the institutes within the sector than to academic considerations based on institute missions, values and ethos”.

The union is seeking a meeting with the Minister on the matter.

Her officials are next week meeting Waterford IT management to impress on them the need to re-engage in talks with IT Carlow.