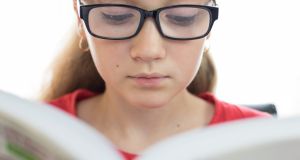 There has been a growth in interest among Irish students in European universities over recent years. Photograph: iStock

My daughter would love to study physiotherapy but feels the high points requirements will be beyond her. She says there are options in European universities with lower grade requirements. Are these courses recognised at home? Is it wise to consider options abroad given the uncertainty linked to coronavirus?

As a guidance counsellor, I have witnessed the growth in interest among Irish students in the European universities section of the RDS at the Irish Times/Institute of Guidance Counsellors Higher Options event in September over recent years. More affordable fees, higher-ranked universities, a growing selection of courses taught through English and easier entry requirements are turning many students’ heads.

This year, Higher Options will be rescheduled as an online event on November 4th and 5th. Information on schedules and ticketing will be posted shortly, but European universities look likely to figure prominently once again.

In addition, Eunicas, the organisation which specialises in supporting Irish students seeking places in European universities which teach programmes through English, is organising two webinars specifically related to the Dutch universities which will take place on October 13th and November 19th.

Current Irish students attending a range of Dutch universities and their admissions staff will participate in this event, so your daughter should find it informative. Details are on its website (eunicas.ie).

For parents concerned about their children travelling out to Europe in the middle of a pandemic, the experience of Irish students over recent weeks is reassuring. With the pandemic still raging, one would have imagined plans to study abroad in Europe in 2020 would have been mothballed.

Surprisingly, the number of Irish students travelling to Europe to study has continued growing, particularly in the Netherlands. According to Guy Flouch, founder of Eunicas, who monitored the situation on the ground on the continent over recent weeks, the Irish numbers in some disciplines seem particularly high.

In physiotherapy, which you mentioned in your question, some classes in the English-language programme seem to be constituted of up to 50 per cent Irish, according to reports filtering back to Flouch from students who have just registered.

He reports that there was a late surge of applications to European universities in May-July, as Irish students woke to the reality of online learning from their bedrooms, as a major element of the third-level experience for students studying in Ireland this year.

European universities are also observing regulations, which place most lectures online, with tutorials and practicals delivered face to face. But with the continental cafe culture, and study groups organised to support students learning, some adventurous Irish students seem to be enjoying the freedom associated with making a clear break with the family home.

Much may change both in Ireland and in Europe over the coming months but the options of exploring courses on the continent which do not have high CAO point requirements is still an attractive one.