Irish universities ‘years behind’ US counterparts in alumni relations

Shift from ‘reactive’ to ‘proactive’ giving is needed, conference told 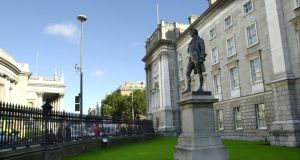 Irish universities are in their “infancy” in developing systems of alumni engagement, a conference in Dublin heard this morning.

Fundraising experts from Ireland and overseas said colleges here were five to 10 years behind their US counterparts in creating graduate networks that could be used to raise money for future developments.

Jean van Sinderen-Law, director of alumni relations at UCC said Irish people were “reactive givers” and generous when emergency appeals arose. The challenge was to make people more “proactive” but it would require major investment in fundraising.

“If we don’t invest in it we will be sitting here in ten years saying the same things.”

UCC had the equivalent of 6.45 full time staff working on alumni activity. In contrast, the graduate business school of Stanford alone has 19 staff and an annual budget of $5 million.

Its director Raphe Beck said alumni relations was a long-game. “You are not going to see a huge difference next year by investing in it this year.”

John Dillon, alumni director at TCD, said there was resistance “in certain quarters” of academia to getting involved in fundraising but “it’s definitely moving in a positive direction”.

TCD has 28 people working in its foundation, covering alumni and fundraising, and a recent survey showed over 70 per cent of students said they would give back to the college after graduating.

The conference at Iveagh House, Dublin, was organised by KonnectAgain, a start-up company based at UCC which has designed an online platform which third-level institutions can use to engage with their alumni.

It is developing the platform with a number of colleges, including St Chad’s College at Durham University, and Dublin institutes NCAD and DIT. The company is hoping to scale up so it can market the product to the 22,000 universities worldwide.

Opening the conference, Kinglsey Aikins, CEO of Diaspora Matters, said Ireland’s “public private model” of engaging with the Irish community overseas was ahead of the international norm.

He identified Israel, India, China, Mexico and the Philippines as countries which had successfully developed policies on the diaspora but others, including Scotland, had failed to do so.

The alumni model of US colleges was successful because they sought mass engagement but also “they take their rifle out and get major gifts”, he added.

He told the gathering of mainly third-level stakeholders that cultivating philanthropists was a long-term game, and he spent two and a half years pursuing one donor before soliciting a donation.

When asking for major gifts “I always use the same sentence... ‘I would like you to consider a million a year over four to five years.’ The next person to speak loses the sale.”

Minister of State for the Diaspora Jimmy Deenihan, who also attended, said: “Engaging with our alumni overseas is the next obvious step at reaching out to our diaspora.

“We need to reach out to them, give them reasons to stay connected to Ireland and make it easy for them to do so.”