Cog Notes: Is UCD’s Confucius Institute out of step? 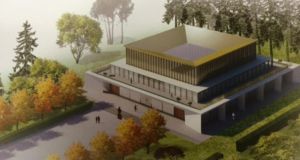 Not everyone was toasting Jan O’Sullivan’s first education budget, but when she visits China this week they’ll be raising a glass to the Government for its €3 million investment in UCD’s Confucius Institute.

The 2,000sq m building, located, in the university’s own words, “at the heart of the UCD campus”, is due for completion by 2016 as part of the Chinese government’s international network of Confucius Institutes. The Government has matched UCD’s funding as the university seeks to increase its influence in Asia.

Belarus was the latest country to sign an agreement with China for the establishment of an institute, but elsewhere there is growing disquiet over China’s attempts to exert “soft power” by claiming a footprint on university campuses.

In the space of a week, two US universities, Pennsylvania State and University of Chicago, have decided to shut down their Confucius Institutes amid concerns over threats to academic freedom.

The decisions follow a plea by the American Association of University Professors for nearly 100 US universities to either cancel or renegotiate their agreements with Hanban, the Chinese government agency that controls the institutes, so that they reflect western values.

UCD, which has run a smallerinstitute since 2006, teaching mandarin to, among others, former minister of state Ciarán Cannon, has always dismissed claims of academic interference.

But if the closures continue at this rate in the US, Belfield’s state-sponsored temple may start to look like an anomaly.

Toilet humour is not normally tolerated in school, but it has won Scoil an Chreathrair Álainn in Mulhuddart, Co Dublin, a gong in this year’s Fís Children’s Film Festival.

Its entry, The Killer Toilet, deserves to be a YouTube hit, if only for the clincher line delivered by the film’s “teacher” to a pair of exorcists: “Thank God you’re here, the toilet’s after killing my entire class.”

Set up as a creative-learning project 10 years ago, Fís has been rolled out nationally with the support of the Department of Education and the National Centre for Technology in Education.

Some 24 primary schools will receive awards at the Fís ceremony in Dublin on November 4th at the Helix, DCU. fisfilmproject.ie

Vincentians confer on impact of ethics

Former Irish president Mary Robinson will open the annual get-together of Vincentian institutions, which is being held outside the US for the first time in its 20-year history. The conference will address how the recent crisis in corporate ethics has affected public life and confidence in banking, political, social and religious organisations.

Free magazine Primary Times Dublin is a familiar sight in national schools, creches and playschools in the capital.

Ten years on from its first edition, it has a big sister in Exploring Times, which was distributed to more than 600 schools around the country earlier this month.

Publisher Marie O’Reilly says there is an appetite among parents and students for more information on the pending changes in the curriculum and the opportunities created by “the global technology revolution”. exploringtimes.ie