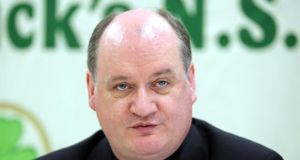 Catholic schools should “take care” not to exceed the 2½ hours reserved in the primary school timetable each week for religious teaching and sacramental preparation, a body representing Catholic bishops has said.

In a document published today (Thursday) advising Catholic schools on how to be inclusive towards people of other faiths, the Catholic Schools Partnership (CPS) also lists a number of options to facilitate children who wish to “opt out” of faith formation.

These include providing an “interesting, educationally appropriate and child-friendly activity” where alternative supervision is not feasible.

The document also suggests children who wish to “opt out” could do supervised project work in another room or receive religious instruction elsewhere.

The publication of the document follows repeated calls from former minister for education Ruairí Quinn for the Catholic church to outline best practice for managers of Catholic schools in dealing with diversity.

The Catholic church is patron of 90 per cent of the State’s 3,200 primary schools. More than half of these are in areas where there is no alternative patron available.

The document, Catholic Primary Schools in a Changing Ireland: Sharing Good Practice on Inclusion of All Pupils, says Catholic schools have been “leaders in areas such as social inclusion, special needs and Traveller education”.

Noting demographic changes in recent years, however, it says Catholic schools should share best practice with one another - based on principles such as good communication with parents, flexibility and clarity on rights and responsibilities.

The document insists there should be no reduction in the 2½ hours a week reserved for religious education, including sacramental preparation, in schools.

However, it states: “Schools should take care that this amount is not exceeded. The time allocated to religious education is sufficient to cover sacramental preparation. The issue of encroachment on the time for other curriculum areas need not be problematic when the overall year is taken into account.”

The document also cites ESRI research showing that non-Catholic schools have a significantly higher proportion of children from professional, managerial and technical backgrounds.

A survey by the Irish National Teacher’s Organisation in 2013 found that 70 per cent of schools were spending more than the allocated 2½ hours a week on religious instruction.

Archbishop of Dublin Diarmuid Martin has spoken in recent years about shifting the balance of sacramental preparation from school to parish. However, the document warns against going too far.

It acknowledges that recent programmes have “significantly improved the level of parish input” in preparation for First Communion and Confession.

However, the document also says that “such preparation is not an either/or in schools or outside, but can be both/and. It should not lead to any diminishment of the valuable work being achieved in school time”.

In reviewing their policies, Mr Quinn had proposed that Catholic schools consider rescheduling faith formation classes to either the beginning or the end of the school day to make it less disruptive for children opting out.

The document doesn’t take up this suggestion, but says: “Where there are a significant number of pupils who are not participating in sacramental preparation, the school could timetable the religious education class in a manner most suited to facilitate their parents/guardians.”

On facilitating children who wish to “opt out” of religious teaching generally, the document says: “Other practical situations may arise from time to time that require the school to consider making accommodations for children who do not share the Catholic faith.

“In most circumstances the school should be in a position to bring these to the attention of parents at an enrolment meeting and then to plan well in advance for such eventualities.”

“Children of other faiths should be invited but not obliged to attend all Catholic religious celebrations in the school. Individual children, with parental consent, can be invited to read special prayers/text promoting core values such as respect and tolerance, which are common to many faith groups.

“A Catholic school, in a spirit of inclusivity, could incorporate an ‘inter-religious’ element to these celebrations, where appropriate, without compromising its core values. Consideration may need to be given to the timing of events.”

The CSP was established by the Irish Catholic Bishops’ Conference and the Conference of Religious of Ireland in 2010 to coordinate policy on Catholic education.