Can young people be taught how to think critically?

A cornerstone of proposed school reform is to get pupils thinking critically and creatively. But how can that be done? 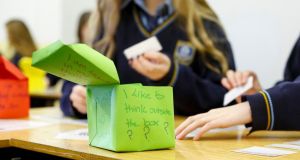 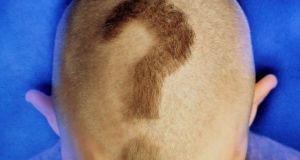 ‘Creative thinking needs to be fundamentally part of how courses are designed and not just an add-on.’ Photograph: Getty Images 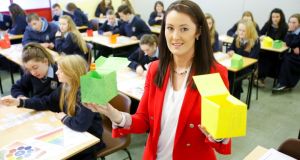 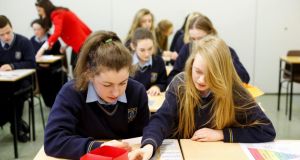 Outside the box: second-year students at Coláiste Mhuire, Askeaton, Co Limerick, who are doing a critical-thinking module. Photograph: Don Moloney/Press 22

Not since Plato started writing about Socrates has critical thinking been so fashionable. One of the cornerstones of the new junior cycle framework is to have pupils “thinking creatively and critically”. Universities drawing up graduate attributes have made “independent and critical thinkers” central to their missions. And, notwithstanding the bureaucracy of the modern workplace, employers proclaim to put a premium on young people who can “think for themselves”.

What is “critical thinking” and can you teach it? “It’s really like shooting arrows at a target we can’t see,” says Gerry Dunne, a post -primary teacher who has taken sabbatical leave to do a doctorate on the subject. “Unless we define it, we can’t test it or teach it. When people ask what critical thinking is, I always start with what knowledge is. I start with epistemology, the study of knowledge; specifically the nature, sources, scope, and the limits of knowledge. Unless we look to what knowledge is, it’s very difficult to teach people to be critical thinkers.”

Dunne, who is currently lecturing at Trinity College Dublin, used to introduce elements of epistemology during English and religious education classes at St Conleth’s College in Dublin, and he believes secondary students are well up to the challenge.

“In English, I used to give students a list of paradoxes to see where they went with them. I was pleasantly surprised that in most cases they were able to deal with language on this level, and moreover, they were enthusiastic about engaging with ‘difficult knowledge’.

“I always taught critical thinking as part of RE, and encouraged students to scrutinise assumptions, to seek evidence for beliefs. One of the finest essays I ever read was from an atheist on the subject of Adam and Eve: a Leaving Cert student who asked ‘If they were allegorical sins, why was it necessary for God to save us?’

Further proof of students’ appetite for deep thought can be found at Coláiste Mhuire in Askeaton, Co Limerick, which has been running a pioneering philosophical project for the past two years. English teacher Lorraine O’Loughlin set it up in conjunction with the Limerick Education Centre, developing a range of critical-thinking materials for the classroom.

With the support of principal Norma O’Brien, she held a “pop-up workshop” inviting staff to brush up on the teaching principles of Linda Elder and Benjamin Bloom, two specialists in critical thinking. A simplified version of Bloom’s taxonomy was developed with pointers on how to stimulate higher-order discussions in the classroom.

Under the programme, designed for incorporation across all subjects, students are encouraged to explore the different nature of questions: whether they are seeking pure information, for example, or an interpretation, an opinion or a best guess.

A common cry used to be, “This is not in the book, Miss”, but now, she says, they are asking “what sources can they use” to answer questions.

The so-called “Croke Park hours” under the recent pay deal have been used for information sessions in the schools. “What we are really promoting is the use of questioning, and for teachers to be aware of their questioning in the classroom.” And the results are showing. One of the school’s “B” English classes was used as a test group for the project and it produced a 30 per cent A rate in the Junior Cert, which was seen as an improvement on the average.

What’s more, students report taking greater pleasure in their learning. Art and history teacher Maura O’Brien says: “I remember one child saying, ‘You mean we can have our own opinion?’ I said, ‘Not only that but you should’. It’s giving them permission to have an opinion that is grounded in a structure and based on understanding.

“I think if you are careful and point out they have responsibilities – and they have to check their facts – then it’s very manageable, and it can make class more enjoyable.”

“They do understand Bloom. They used to only see the negative connotation in criticism but they don’t see that at all now.”

One of the first exercises done by pupils is to make a “critical-thinking box”, for which they are encouraged to reflect on different styles of questioning.

The box is then assembled to show in a very tangible way how pupils can be either closed- or open-minded.

Other resources, including video clips, are now being developed with Dr Joe O’Connell, director of Limerick Education Centre, who hopes to roll it out across schools in the county, if not farther afield.

The jump to third level

The renewed focus on critical thinking in the junior cycle has much to do with complaints about students’ lack of preparedness for third-level learning. The emphasis on “teaching to the test” and rote learning won’t change overnight, but Dunne believes a programme on epistemology would be “hugely beneficial” at second level. This might perhaps cover induction, deduction and other methods of understanding, as well as how to weigh up the strength of arguments or spot faulty steps in reasoning.

Universities, which once offered a course in logic as standard, are also putting a renewed emphasis on it. Next September, Maynooth University is piloting a programme in critical thinking for a select number of freshers.

“Providing a small class experience is central to it, and that is resource-intensive,” says Prof Ray O’Neill, vice-president for innovation.

He adds that “it’s not something you can do independently of ideas”, so the plan is to generate critical debate around materials that are part of coursework. “We are envisioning along the line that it will be for credit, but as a pilot it won’t be. It would be for assessment but not necessarily examination.”

Dr Gerry MacRuairc, senior lecturer in education at UCD, says “there has been an ‘I know it when I see it’ approach” to critical thinking at third level, which meant it was often neglected. Critical thinking was traditionally viewed as an implicit consequence of university education, and therefore would not warrant special attention.”

There aredifferent ways of approaching it, and “it’s a bit false to talk about critical thinking as a generic thing”, because each discipline has its own description of what it means. Consequently, MacRuairc counsels against using a single assessment tool. The Health Professions Admission Test (HPat) for medical students incorporates elements of critical thinking assessment, but there are countless other tools on the market.

“It needs to be fundamentally part of how courses are designed and not just an add-on,” says MacRuairc.

In his research, Dunne is developing a new test for critical thinking that explores the limits of knowledge, and particularly how students approach questions that have no correct answer (see workout, right). “I am interested in problems that are aporia: problems that can’t be logically solved.”

Although Dunne believes critical thinking can be assessed effectively, he is wary of turning it into an examination subject.

“There could be a tendency to teach to the test for critical thinking, because there are X number of fallacies you can teach. This approach leaves students open to the pitfalls of learning about critical thinking in abstracto, whereby they don’t integrate what they have learned into everyday living.”

He thinks the promised short course in philosophy under the new junior cycle is another positive step. “I have always been interested in how people think, especially in situations where there is insufficient data to warrant a uniformly accepted conclusion.

“While the most interesting question for me is the God question, as a teacher I view critical thinking as a unifying thread in education. Since critical thinking is an arena where all knowledge claims can be contested, there’s a sense that teacher and students are co-learners in this shared activity.”

Introductory critical thinking puzzles and podcasts at criticalthinking.org and mariannetalbot.co.uk/critical-reasoning