A Pila survey of barristers, solicitors and students found strong support for helping those who can least afford it 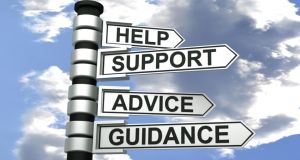 This way for . . . Senior counsel reported doing the highest proportion of free legal advice work in a recent survey, with 50 per cent giving their time frequently

“It’s definitely a new movement, but it’s one that is growing,” said Pila coordinator Rachel Power of pro bono work in the legal profession.

Pila (Public Interest Law Alliance) has released findings from the first survey of pro bono practices in Ireland, and the results were largely positive – almost three quarters of the lawyers surveyed provided free legal services at some point in their careers to those who could not afford it .

“Many people can find it really hard to navigate their way through complex laws and legal systems.” said Noeline Blackwell, director general of Flac (Free Legal Advice Centres). “As a result, they can become lost, particularly if they can’t afford to hire lawyers.”

Pila, a project of Flac, actively promotes that type of work through its pro bono referral scheme.

Power said the survey was done to gauge attitudes to pro bono work, find out how much of it is being done around the country, and identify factors that encourage or discourage it.

Only individuals, not law firms, were invited to take part. There were 464 respondents from all over the country, a number that includes solicitors, barristers and law students.

Of the 26 per cent who had not, 70 per cent said they would like to do that type of work.

Of the solicitors who had taken on pro bono work, 76 per cent said they did it because they enjoy the work and find it personally rewarding.

Few were motivated by a boost to business (17 per cent) or the possibility of paid work (10 per cent).

A very small percentage (0.5 per cent) saw no value in pro bono work or thought it took business from other solicitors (0.5 per cent).

The leading obstacle was time constraints, at 74 per cent. Pro bono work not being taken into account as part of fee targets or billable hours (28 per cent) was another barrier.

Free legal advice in a clinic was the only pro bono work reported by Devils (trainee barristers), and that type of service remains high (80 per cent) for barristers in the first five years of practice.

Pro bono clinic figures fell to zero for those over 20 years at the Bar and Senior Counsel.

None of the barristers surveyed thought pro bono work had no value. One per cent thought it had a negative impact on the profession by taking work away from colleagues.

The majority cited professional responsibility as a lawyer (78 per cent) as the reason they took on the work.

Power noted that lawyers inclined to respond to a survey about pro bono might be particularly enthusiastic about that type of work, resulting in a natural bias in the findings.

“Having said that, many people are opposed and would be motivated to send the survey back as well,” she said, adding that a common argument against pro bono is that free legal aid should be provided by the State.

“Barristers have always been quite good in this area…[in law firms], the concept is growing,” she said.

The Bar Council has a Voluntary Assistance Scheme, through which barristers can volunteer to do deserving cases for those who would otherwise be unable to access legal advice or representation.

According to a spokeswoman for the Bar Council, all new entrants into the Law Library are introduced and actively encouraged to get involved in the scheme.

While the Law Society does not have a similar programme for solicitors, its director, Ken Murphy, said: “The undertaking of legal work for people with legal needs but no capacity to pay is part of the culture and tradition, part of the DNA, of the legal profession in Ireland.

“The Law Society promotes this culture in the profession throughout the training of solicitors and throughout their careers,” he added.

Power said law firms could play a key role in making it easier for lawyers to do pro bono work.

“Solicitors are always going to be busy”, she said, but firms could make it more acceptable to spend time volunteering so it is not pushed to the bottom of a long list of priorities.

The majority of those surveyed who had not volunteered their time but wanted to, cited difficulty in identifying such work as their biggest roadblock.

“Quite a few [lawyers] are doing it, and even more want to do it . . . It’s up to law firms to step in and provide that opportunity.”

According to the report, the survey was meant to spark discussion and provide a yardstick by which to measure pro bono progress in Ireland, rather than to provide authoritative data on national trends.