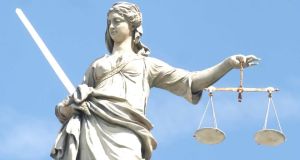 A pharmacist jailed for battering her elderly neighbour to death with a crucifix is to seek to introduce fresh evidence as part of a bid to clear her name, it emerged on Wednesday.

Lawyers for Karen Walsh have revealed their intention to focus on up to three phone calls either made to or from victim Maire Rankin’s home on the night she was killed.

Senior judges in Belfast confirmed Walsh’s appeal against being convicted of the murder will proceed next week. The 48-year-old is currently serving a minimum 20-year prison sentence for carrying out the deadly attack.

The tariff is one of the longest ever handed down to a woman in Northern Ireland. Mrs Rankin, 81, was found dead at her Dublin Road home in Newry, Co Down on Christmas Day 2008.

The devout Catholic had suffered 15 broken ribs and been beaten with a crucifix given to her as a wedding gift. Evidence of a sexual assault was also discovered. Walsh, a mother of one, worked in Dublin but often stayed at a house she owned next door to the victim.

During her trial, the prosecution claimed she arrived at Mrs Rankin’s home already drunk and with a bottle of vodka. It was alleged that she then flew into a rage and attacked the pensioner after being chastised about her drinking and told to go home to her young son.

Despite being found guilty of murder Walsh has continued to protest her innocence. Her barrister has now told the Court of Appeal that part of the challenge will involve the examination of three phone calls.

Frank O’Donoghue QC said: “I will be adducing fresh evidence.”

However, with ongoing issues over securing a telecommunications expert, that ground of appeal may not initially feature. Defence lawyers could instead begin by raising issues over DNA evidence and forensic notes.

Lord Chief Justice Sir Declan Morgan said today: “We will leave the case in, deal with all other points and review where we are in relation to the telephone point.”