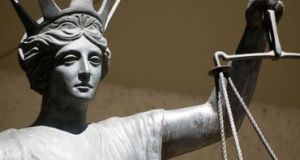 Three men have been charged after being arrested in relation to disorder in the early hours of St Patrick’s Day in Belfast.

All three are due to appear at Belfast Magistrates’ Court on Wednesday April 13th.

University chiefs condemned the St Patrick’s Day revellers who attacked police and property during drunken disturbances in a student area of the city.

Officers were targeted with bottles and other missiles in disturbances that broke out in the Holylands when a crowd of about 300 young people gathered on the streets. There were reports of pro-IRA songs being sung at the police by some of the trouble-makers. The episode lasted more than two hours.

The Holylands, an area of heavily populated terraced streets in south Belfast where thousands of college and university students live in multiple occupancy homes, has witnessed similar scenes of disorder on past St Patrick’s Days, with over-indulgence in alcohol the main factor.

Police attended the scene in Agincourt Avenue at about 2am today when they received reports of young people blocking the road and throwing bottles at homes and cars.

The PSNI said calm was restored at about 4.30am.

Queen’s University management and its student union condemned the behaviour. The university said it was working to establish whether any of its students were involved.

“While the vast majority of Queen’s students will celebrate St Patrick’s Day in an enjoyable and peaceful manner, Queen’s will fully investigate any complaints or reports of anti-social behaviour,” said a Queen’s spokeswoman.

“A strict off-campus disciplinary code is in place and if any Queen’s student is found to have brought the university into disrepute, they will be subject to the full rigours of this code.”

An Ulster University spokeswoman said on Thursday: “Given the significant amount of work carried out by all partners in advance of St Patrick’s Day, we are disappointed with the behaviour displayed last night.

“The Holyland area of South Belfast attracts a combination of university and college students, non-residents and post-primary students but as yet, it is not possible to verify specifically who was responsible for last night’s behaviour.”

Staff from the main universities are on the ground in the Holylands over the St Patrick’s Day period in a bid to control the festivities.

PSNI Supt Darrin Jones said there would be a highly visible police presence in the area over the coming days.

“I want everyone to enjoy the St Patrick’s Day celebrations but I would strongly encourage people to consider the long term consequences of engaging in drunken or anti-social behaviour,” he said.

“Police will deal robustly with any offences to bring people before the courts, and this may lead to career-limiting sanctions. Police will be on the streets of Belfast throughout the day to ensure anyone wishing to travel, work or socialise in Belfast can do so safely.”

The injured officer had been struck on the shoulder by a bottle.

“Last night’s antics were nothing short of disgraceful and provocative,” said the Democratic Unionist MLA.

“Those living in and visiting the area need to respect their neighbours.

“Crowds singing pro-IRA songs while attacking police with bottles has nothing to do with St Patrick. It is sectarian, totally unacceptable and it needs to stop.”

Fellow MLA for the area Claire Hanna condemned those responsible for the disorder.

“It’s sad that some chose to celebrate our patron saint and national day by abusing police and frightening residents,” said the SDLP representative.

“The vast majority of young people and students can enjoy themselves responsibly over St Patrick’s Day but those who engaged in the disturbances last night demonstrated an astounding lack of judgment. It must be made clear, and in no uncertain terms, that this kind of behaviour is totally unacceptable.”