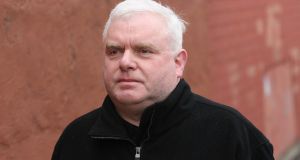 Former priest and serial child abuser has been granted an extension of time to file an appeal against his latest conviction.

Tony Walsh, who was known as the “Singing Priest” for his role in a travelling all-priest vocal group before he was defrocked, was sentenced at Dublin Circuit Criminal Court in January to two years imprisonment with the final year suspended for indecent assault.

The victim was aged between seven and 10 at the time when Walsh locked her into a room and abused her.

A seminarian at the time of the offence, it is the earliest recorded case of child abuse by him.

During case management procedures in the Court of Appeal, Mr Justice George Birmingham granted an extension of time to Walsh to file an appeal against conviction and sentence.

Walsh was “a day out of time”, the judge said and there was no objection by the State to his application. He was not in court for the procedural matter.

He is currently serving a 16-year sentence imposed on him in 2010 for the rape and abuse of three school boys.