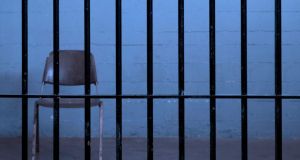 The number of Irish people spending time in prison in Australia is increasing, with high alcohol intake often a feature of offences committed by emigrants, the Irish Council for Prisoners Overseas (ICPO) has warned. Photograph: Getty images

The number of Irish people spending time in prison in Australia is increasing, with high alcohol intake often a feature of offences committed by emigrants, the Irish Council for Prisoners Overseas (ICPO) has warned.

So far this year, 21 Irish citizens have sought assistance from ICPO after being detained in Australia, up from just four last year.

ICPO coordinator Joanna Joyce says this figure may underrepresent the number of Irish people imprisoned there, as not all would approach them for help.

The ICPO is currently providing support to 1,256 Irish prisoners overseas, 1,148 of whom are detained in England or Wales.

“Traditionally the majority of Irish prisoners overseas have been detained in the UK, but it is likely that the recent wave of emigration will result in an increase in the number of Irish prisoners in other parts of the world,” she said.

“In our experience alcohol is a feature in many offences committed by younger emigrants in Irish communities overseas. As well as the serious sanctions applied by authorities abroad to those who transgress the law in the area of drugs and alcohol, their use often causes serious mental health problems amongst our emigrants.”

Thirteen of ICPO’s current clients are detained in Scotland, while 38 are in the US prisons in countries around Europe have 23 ICPO clients, while Africa has three, Asia four, and South and Central America six.

The figures don’t include other jurisdictions which have become popular with recent Irish emigrants, including Canada, the United Arab Emirates, or New Zealand.

The ICPO supports Irish prisoners overseas with issues like repatriation, deportation, access to post-release support and accommodation, as well as offering some financial assistance and support for families in Ireland.

Bishop of Clonfert John Kirby, chair of the Irish Bishop’s Council for Emigrants, said Irish prisoners overseas are one of the most marginalised groups of Irish emigrants.

“They face many significant difficulties, including discrimination, language barriers, and dealing with an unfamiliar legal system,” he said.

“In some countries prison conditions are a major cause of concern and prisoners experience extreme hardship, with limited access to food, water and medical treatment.”

The ICPO has begun a new social media campaign “Good to Know Before You Go” to raise awareness among Irish emigrants of respecting the laws and customs of the country they are travelling or living in, and to encourage them “to take care of themselves and each other”.