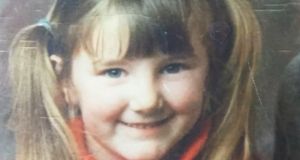 The twin sister of missing Mary Boyle wants an investigation into why information about the case that appeared in the media was not relayed to her first.

The twin sister of missing Mary Boyle wants an investigation into why information about the case that appeared in the media was not relayed to her first.

Ann Doherty has also contacted the Garda for clarification about whether a cold case review of the unexplained disappearance of her then six-year-old sister, who is presumed murdered, has been authorised and is to be proceed.

A Belfast-based legal firm acting for Ms Doherty said it was “deeply troubling” that The Irish Daily Star reported on a cold case review of the matter before Ms Doherty was informed.

Solicitor Darragh Mackin of KRW Law in Belfast said Ms Doherty had still not been contacted by the Garda about the mooted review.

She would now be making a formal complaint to the Garda Síochána Ombudsman “requesting an urgent investigation” into the manner in which the cold case review story first emerged in the media.

“It is deeply troubling that a decision was taken to provide such a development in an exclusive to a national newspaper before conveying same to my client,” he said of the report in the newspaper.

“Our client Ms Doherty has still not been contacted by An Garda Síochána to confirm the contents of the article and therefore we are not in a position to confirm…. whether or not there is in fact a fresh probe into the disappearance of Mary Boyle.”

The child vanished from her grandparents’ farm at Cashelard, outside Ballyshannon, in March 1977.

Ms Doherty believes Mary was being sexually abused by a man known to the family and that she was killed and her remains concealed to cover-up the abuse.

There have been allegations from the time Mary was last seen alive that a local man had killed the girl and that the investigation was hampered by political interference.

Four decades after Mary vanished without trace, two former members of the Garda have gone public with their claims of political interference.

Their going public so long after the events and their claims that Garda personnel and a politician conspired to protect a child killer has led to renewed interest in the case.

They have alleged a politician instructed a senior Garda he knew to ensure those gardaí working on the investigation into Mary’s disappearance desisted from pursuing the chief suspect in the case.

They have never spoken before and never given statements to the Garda. However, it is hoped the mooted cold case review will be successful in encouraging them to outline their claims of political interference in detail for investigation.

The case remains unsolved despite the early nomination of a chief suspect; the man who remains the suspect in the case.