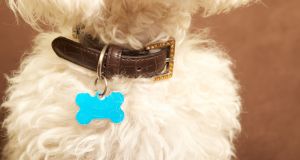 Dominic O’Connor bought the dog on the Gumtree website from someone “misled” into expecting that the animal would be well-nurtured and looked after, the judge said. File photograph: iStock

A “psychopath” former mental health nurse who killed, butchered and cooked a dog has been jailed for two years.

Dominic O’Connor (28) used a lead to strangle the animal, and then chopped it up and fed it to his other dog in Northern Ireland last December.

He was banned from keeping an animal for life by a judge at Downpatrick Crown Court because of his “disgraceful” and “heinous” behaviour.

As he was led away to begin his sentence, onlooker Christina Jenkins shouted: “Burn in hell, demon. You are the epitome of evil.”

After release O’Connor will serve another two years under licence in the community, judge Piers Grant said.

He told the defendant: “The killing of this innocent, vulnerable dog has clearly been your calculation for some time.

“It is clear that you determined to kill this dog and in doing so inflict on this creature serious cruelty.

“In any view this behaviour is barbaric.”

O’Connor bought the dog on the Gumtree website from someone “misled” into expecting that the animal would be well-nurtured and looked after, the judge said.

Instead, he choked it to death at his home in Roden Street in the village of Kircubbin, Co Down, at the second attempt after switching leads.

He shaved, butchered and cooked its body and used it as pet food for his other dog, Shadow, the judge said.

He added: “It is appropriate to recognise that the level of cruelty inflicted on this poor animal is very much at the upper end of the spectrum for this type of offending.”

The action was calculated and O’Connor was aware of the risk of detection when he disposed of some of the remains in a black plastic bag in Portavogie Harbour, Co Down, the judge remarked.

He said the defendant demonstrated no remorse and posed a high risk of reoffending, but pre-sentence reports showed he did not represent a serious risk of harm to others.

O’Connor, wearing a bright yellow sweater, remained expressionless in the dock, where he was guarded by prison officers.

The judge said it was “inevitable” that the jury would convict him of one count of causing unnecessary suffering to an animal.

No evidence was produced on O’Connor’s own behalf.

It would be easy to consider O’Connor’s behaviour bizarre and indicative of mental illness offering some excuse, the judge said, but his legal team had not produced any reliable medical evidence about his mental health.

He has 23 unrelated previous convictions, some of which demonstrated preparedness to act irresponsibly, the judge added. – PA