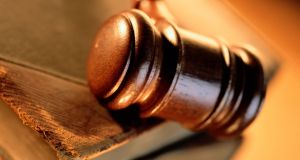 The Law Society opposed his being restored to the roll on various grounds, including alleged “lack of candour” in failing to refer in his application to seven other sets of disciplinary proceedings concerning himself.

A solicitor struck off three years ago has lost his High Court bid to have his name restored to the Roll of Solicitors.

The President of the High Court, Mr Justice Peter Kelly, found David Walsh, who formerly practised as David Walsh & Co Solicitors, Mount Street, Mullingar, was “not a fit and proper person” to practise as a solicitor.

The judge said it was his opinion restoring Mr Walsh’s name to the roll would adversely affect public confidence in the solicitors’ profession and in the administration of justice.

Mr Walsh qualified as a solicitor in 1982 and from 1990-2012 he practised as the principal in his own firm in Mullingar.

After the Solicitors Disciplinary Tribunal made a series of findings of misconduct arising from a range of complaints against him, he was struck off the roll by the High Court in 2014.

Mr Walsh underwent cancer treatment in 2010 and was described as remaining well in April 2011 and in complete remission by summer 2016, Mr Justice Kelly noted. Mr Walsh had claimed his cancer diagnosis in 2010 prevented him carrying on his practice in an optimal fashion.

Since 2010, he has not worked, is receiving €197 weekly in disability benefit, plus €500 monthly from the Solicitor’s Benevolent Fund, and his financial situation is very poor, the court was told.

The Law Society opposed his being restored to the roll on various grounds, including alleged “lack of candour” in failing to refer in his application to seven other sets of disciplinary proceedings concerning himself.

In his judgment Mr Justice Kelly upheld the society’s objections and refused to restore Mr Walsh to the roll.