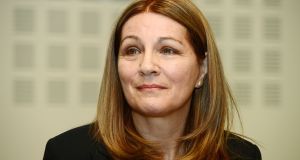 The president of the District Court has criticised the media for what she termed inaccurate and unbalanced reporting of statistics relating to road traffic cases. The system of justice was undermined by this, asserted Judge Rosemary Horgan.

Speaking in Dublin at a retirement sitting for her colleague, District Court judge William Early, she said such reporting was “very concerning”.

“The media can influence what the public think as well as reflecting public opinion,” Ms Horgan said. “It is very concerning therefore if public confidence in the justice system is undermined through any inaccurate or unbalanced reporting or editorial comment.

“The public is entitled to expect high professional standards from journalists and editors.

“Inaccurate, incorrect, unbalanced, and incomplete reports of either the facts of an individual case, or a statistical trend in a particular category of cases, is both a disservice to public interest and to public debate.”

It is believed that Ms Horgan’s comments were prompted by reporting of Courts Service data given last month to Independent TD Tommy Broughan and to Parc, a group that campaigns on road safety.

The figures, which included some cases listed before the courts but not yet finalised, as well as summonses that had not been served, and cases adjourned pending appeals to the High Court, suggested District Court conviction rates of just 40 per cent in drink-driving cases.

Following adverse public comment, the Department of Justice questioned the statistics and claimed that drink-driving conviction rates were in fact between 85 and 88 per cent. However, the assertion was based only on cases brought to completion.

“The media perform an essential and valuable service in our democracy by reporting on the court’s decisions and the justice system to the wider public,” she said. “This role carries with it a heavy responsibility to ensure accuracy and fairness.”

Reacting to her remarks, Mr Broughan said statistics relating to the Courts Service were “notoriously difficult to come by where months often pass without concrete information” being given in response to parliamentary questions.

He criticised Ms Horgan’s comments as “highly disrespectful to Deputies and groups such as Parc road safety group who are made jump through hoops to find out information that should be available in a timely and transparent way”.

“While the independence of the courts is of utmost importance transparent reporting of data and statistics does not interfere with this independence,” he added.

“The real ‘disservice’ to the public here is the fact that we cannot rely on stats provided to publicly elected reps by the Courts Service.”

Troops return home from Syria to self-isolate for 14 days 22:19
Truck driver arrested after testing positive for cocaine 21:38
More than €150,000 donated to Alone in wake of Late Late appearance 21:00
Coronavirus: What are the new nursing home measures? 20:19
Man shot dead in Belfast was suspect in Keane Mulready-Woods murder 20:13