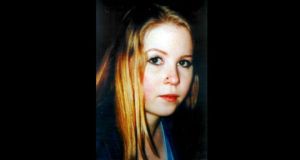 Dwyer has been considered by the Garda as a suspect for the 1999 stabbing and murder of Raonaid Murray (17) in Glenageary, south Dublin

Informed sources said while there was no evidence to suggest Dwyer had attacked other women before killing Elaine O’Hara in August 2012, there was clear evidence his stabbing fetish went back two decades.

His former partner, Emer McShea, told the murder trial that as early as 1994 Dwyer confessed to her that he had a stabbing fetish and began bringing a knife to bed with them.

Garda sources said the imagery Dwyer had accessed online and some of the files found on his computer also revealed very clear and prolonged fantasies about raping women.

A number of unsolved cases, some high profile and others that have not generated as much media coverage, will now be looked at to establish if Dwyer is linked to any of them.

Gardaí are anxious not to inflate the hopes of the families of women who have disappeared and are presumed murdered or to suggest to rape victims that it may have been Dwyer who attacked them and that their cases may be solved.

It means the profiling of serious unsolved crimes will take place behind closed doors, with the victims or their families only involved if the investigations establish Dwyer as a realistic suspect.

His movements from the time he left Bandon to go to college in Dublin will be cross-checked against the locations of unsolved crimes.

This will include tracking when he was abroad without his wife and family for work or on short vacations with other people.

The trial was told of the existence of a document entitled “Jenny’s first rape” on Dwyer’s computer, which contained an extremely graphic account of the kidnapping and rape of a young Newcastle woman.

There was also evidence in the trial relating to how Dwyer went to fly model aircraft on Wednesdays and some other weekdays, as a matter of routine. Such details will be used to cross-check against unsolved crimes.

There will be a particular emphasis on crimes where knives or the threat of being stabbed was used against female victims.

Dwyer has been considered by the Garda as a suspect for the 1999 stabbing and murder of Raonaid Murray (17), in Glenageary, south Dublin, when he was also living in south Dublin.

He has also been examined as a suspect for the stabbing and murder of 50-year-old Eugenia Bratis in the Phoenix Park, Dublin, in 2009. He referred to both women in text messages to Elaine O’Hara.

No evidence has emerged to link him to either murder. However, he will continue to be investigated for those crimes and others.

He could agree to be questioned about unsolved crimes informally or he could be arrested and taken from his prison cell for questioning.

However, he would be under no obligation to answer any questions and gardaí say the likelihood of him co-operating with any investigation is nonexistent.

The 42-year-old father-of-three and architect from Bandon, Co Cork, but with an address in Foxrock, south Dublin, is expected as early as this week to meet his legal team to lodge an appeal.

He will have 21 days from the date of his sentencing on April 28th to lodge an appeal. Security sources said Dwyer had been confident of being cleared of murder at the end of the trial that concluded last Friday and believes he will win an appeal.

He is likely to ground that appeal in aspects of how the judge charged the jury and ran the case, specifically taking issue with how much of the telephone evidence used against him was permitted as evidence.

He is already taking a civil action against the State for the manner in which the Garda accessed his mobile phone records, including the data which showed his whereabouts when using phones linked to him.