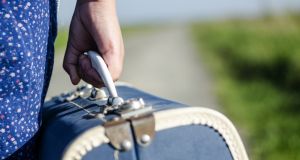 In the current year spending is set to reach €120 million on direction provision and related accommodation and ancillary services; up from €78 million last year and almost double the €67 million spent two years ago. Photograph:iStock

Arson attacks on accommodation earmarked for direct provision centres has “possibly” made many owners reluctant to offer their properties, an expenditure review on direct provision and related services has stated.

In the current year spending is set to reach €120 million on direction provision and related accommodation and ancillary services; up from €78 million last year and almost double the €67 million spent two years ago.

“The number of international protection applicants we are receiving continues to rise,” said Minister for Justice Charlie Flanagan of those newly arriving and seeking protection, or asylum.

“In the first half of this year alone, we have seen a 36 per cent annual increase in the number of applications received.

“In these circumstances, it is prudent to have an accurate picture of costs and an identification of factors impacting expenditure.”

While the number of asylum seekers in Ireland is much lower than many other European countries, the rate is increasing as the property crisis shows little signing of significantly abating.

An expenditure review drawn up by the Department of Justice, said a higher percentage of those currently applying need the State to provide them with accommodation rather than staying with family or others.

This has resulted in the demand for spaces at accommodation centres having reached capacity, necessitating beds being sourced in the private sector, including hostels and hotels.

The cost of sourcing these beds increases during the tourism season, from spring until the end of August, and has reached a cost of about €500,000 per week.

The need to reach out into the private accommodation sector has proven costly, the review says. When this is added to the higher number of people applying for international protection and the higher percentage of the new arrivals needing accommodation, it contributes to the significant cost increases, the report says.

The Reception and Integration Agency (RIA) is responsible for providing accommodation to all persons seeking international protection who are unable to source their own.

With the provision of accommodation and ancillary services already under extreme pressure and costs rising exponentially, the spending review adds that Brexit may apply additional, unspecified pressures.

It also expresses very clear concerns that efforts to secure additional centres that could be used for accommodation have been made more difficult because of arson attacks at accommodation earmarked to house new arrivals.

“There would appear to be fewer suitable premises available on the market, the purchase and conversion costs have significantly increased for potential contractors, and recent fire setting incidents in proposed new centres has possibly affected the market interest in service provision and increased insurance costs within the sector.

“As RIA is operating above capacity it has had to procure emergency accommodation from the hotel/guest house sector.

“This is significantly more expensive than RIA accommodation centre costs. Costs have further increased due to higher season pricing for the summer period.”

1 Midlands lockdown: ‘Why shut down Offaly and leave Dublin open?’
2 Sand-hued cyclepaths changing the face of south Dublin coast
3 Meat plant clusters may be down to softly-softly approach
4 Midlands lockdown could extend to other areas, warns Covid-19 team
5 Midlands lockdown: Movement restrictions in place for residents of Kildare, Laois and Offaly
Real news has value SUBSCRIBE