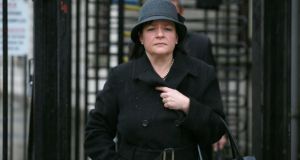 A woman who claimed she suffered chronic carbon monoxide poisoning due to an alleged oil leak from the turbo charger of her brand new BMW Mini Clubman car has settled her High Court action.

Solicitor Helen Noble bought the BMW mini under a hire purchase agreement for a total of €45,362 for her three hour commute from her Co Wicklow home to work in a Dublin city practice.

She told the High Court she suffered headaches, dizzy spells,nausea, slurred speech and her eyelashes and hair fell out over a three-year period as she used the car for her daily 76km round trip from home to work.

“It was the most harrowing horrible experience of my life. I missed out on a couple of years my childrens’ lives. It was a horrendous couple of years.”

In her case against Motor Import Ltd and BMW, Ms Noble claimed she was acting as a consumer when she bought the car from the Frank Keane premises at Naas Road, Dublin, on August 14th 2008. Total payment was some €45,362 via 48 monthly instalments of €588 and a final payment of €9,320 on September 19th 2012, she claimed.

She also alleged she validly rescinded her hire purchase agreement with Permanent TSB for the car under which she had paid €22,932, plus the initial payment of €7,693.

After hearing some evidence in the case last week, Mr Justice Michael White was told the action had settled and could be struck out. The judge was also told a costs order in favour of Ms Noble was to be made against the BMW car company.